Accurate clinical course descriptions (phenotypes) of multiple sclerosis (MS) are important for communication, prognostication, design and recruitment of clinical trials, and treatment decision-making. Standardized descriptions published in 1996 based on a survey of international MS experts provided purely clinical phenotypes based on data and consensus at that time, but imaging and biological correlates were lacking. Increased understanding of MS and its pathology, coupled with general concern that the original descriptors may not adequately reflect more recently identified clinical aspects of the disease, prompted a re-examination of MS disease phenotypes by the International Advisory Committee on Clinical Trials of MS. While imaging and biological markers that might provide objective criteria for separating clinical phenotypes are lacking, we propose refined descriptors that include consideration of disease activity (based on clinical relapse rate and imaging findings) and disease progression. 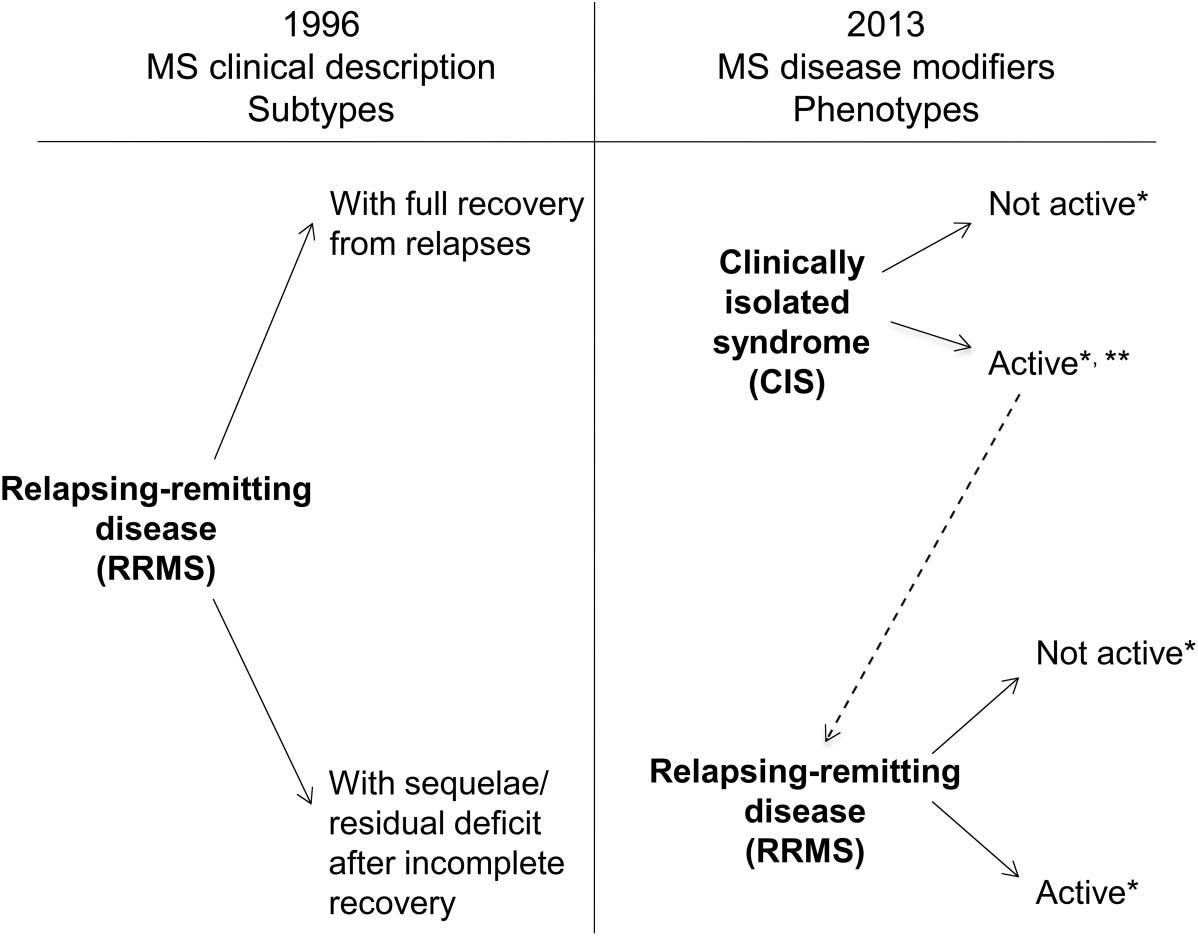 The main bits of the article recommend
• The core MS phenotype descriptions of relapsing
and progressive disease should be retained
with some modifications.


• An important modifier of these core phenotypes
is an assessment of disease activity, as defined by
clinical assessment of relapse occurrence or
lesion activity detected by CNS imaging.


• The second important modifier of these phenotypes
is a determination of whether progression
of disability has occurred over a given time
period.


• The prior category of PRMS can be eliminated
since subjects so categorized would now be classified
as PP patients with disease activity.


• PPMS is a part of the spectrum of progressive disease and differences from other forms are relative rather than absolute.


• Clinically Isolated Syndrome (CIS) should be included in the spectrum of MS phenotypes. Prospective follow-up of most such patients should determine their subsequent disease phenotype.


• RIS (Radiological Isolated syndrome) should not be considered a separateMS phenotype, since such patients lack clinical signs and symptoms of the disease. Prospective follow-up is recommended.


• Use of the term worsening is preferable and less confusing than the term progressing to describe a patient in the relapsing phase of disease whose disease is advancing due to frequent relapses
and/or incomplete relapse recovery.


• In considering clinical trial or natural history assessment of worsening disease by EDSS or other metrics, use the term confirmed rather than sustained over a defined period of time,
either within (more rigorously) the functional system or without considering the specific functional systems in which worsening is detected.


• The terms “benign” and “malignant” disease are often misused and should be used with caution.


• Further research is needed to better define the value of imaging and biological markers in assessing, confirming, or revising MS phenotype descriptions. 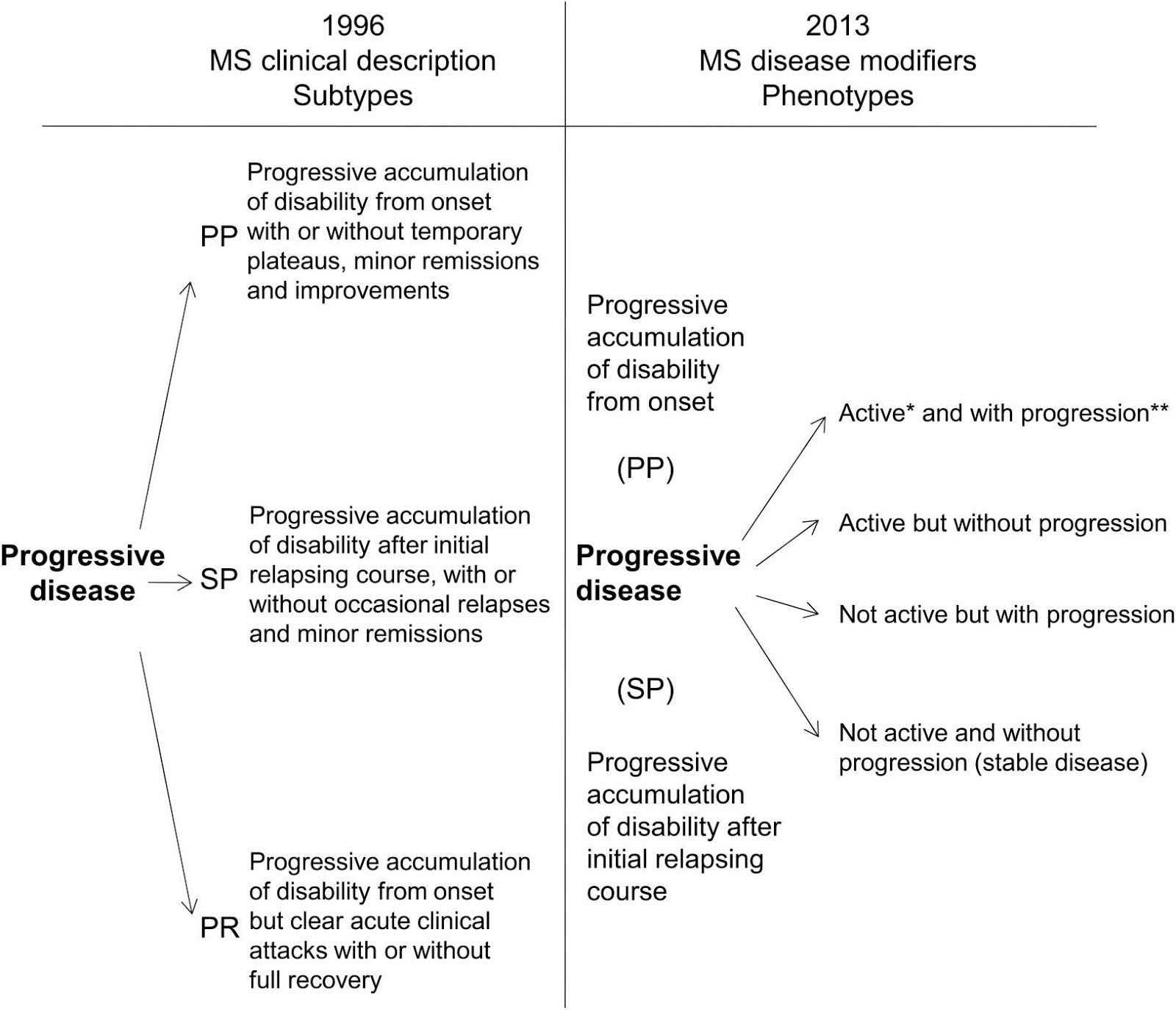 An open source paper that is worth a read….if not to see the disclosures which are almost as long as the article