OBJECTIVE:To characterise recurrence of multiple sclerosis (MS) inflammatory activity during the year following natalizumab (NTZ) cessation.
METHODS:Thirty-two patients with MS were included in a monocentric cohort study. Data were collected prospectively during and after NTZ, with serial clinical and MRI evaluations. The first relapse occurring after interrupting NTZ was the primary outcome measure. The numbers of gadolinium-enhancing lesions before, during and after NTZ treatment, were compared.
RESULTS:During the year following NTZ cessation, the cumulative probability of relapses was estimated at 52.9% and an unusually high MRI inflammation was noticed. It was defined by a number of gadolinium-enhancing lesions >5 and exceeding the gadolinium lesions existing before NTZ initiation. Rebound of MS activity after NTZ cessation was characterised by association of relapses and unusual MRI inflammation. Cumulative probability of rebound was estimated at 39% and mostly occurring between 3 months and 9 months after interrupting NTZ. Risk of rebound appears related with a higher annualised relapse rate and a lower Expanded Disability Status Scale score before NTZ initiation. Rebound was associated with severe recurring relapses in 9% of the patients.
CONCLUSIONS:This study identifies rebound after NTZ cessation as an association of relapses and high MRI activity. 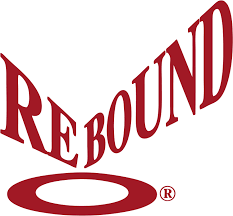 Look back on ProfG’s posts on switching drugs.