BACKGROUND:Risks of natalizumab (NAT) therapy have to be weighed against disease recurrence after stopping NAT.
OBJECTIVES:The objective of this paper is to identify risk factors for recurrence of relapses after switching from NAT to fingolimod (FTY) in relapsing-remitting multiple sclerosis (RRMS).
METHODS:Patients (n = 33) were treated with NAT for ≥1 year, and then switched to FTY within 24 weeks (mean follow-up on FTY 81.1 (SD 26.5) weeks). Annual relapse rates (ARR) and Expanded Disability Status Scale scores (EDSS) were assessed.
RESULTS:Overall, 20 patients (61%) had relapses after discontinuation of NAT and 16 (48%) during FTY therapy. The maximum incidence of relapses occurred between weeks 13-24 post-NAT. The last EDSS during the switching period predicted relapses during subsequent FTY therapy. EDSS >3 separated most powerfully between the groups (sensitivity 64%, specificity 88%) and significantly predicted relapses (relative risk 3.27, 95% CI: 1.5-7.3). Seventy-five percent of patients with EDSS ≤ 3 remained free of relapses, compared to 18% of patients with EDSS >3.
CONCLUSIONS:There was an increase of the ARR in the first year after switching from NAT to FTY. Last EDSS during the switching period was a predictor of relapses during FTY. 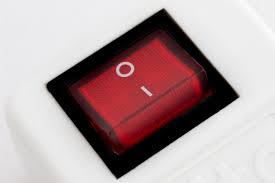