Wouldn’t it be a tragedy if we show in 100 years that repleting the population of vD prevented a large proportion of MS? #MSBlog #MSResearch

“For those of you living in the US you may find the following non-MS-related publication of interest. It shows a surge in vitamin D deficiency diagnoses and mirrors that what is happening in the UK. We are in the process of auditing our own MS neurology practice to see how large the increase is in our outpatient setting. Why is this occurring?

Sun-blockers: It is well known that over the last 15-20 years dermatologists and the cosmetic industry have massively increased our consumption of sun blockers. Dermatologists tell us to avoid sunburn to prevent skin cancer and the cosmetic industry to prevent sun damage that is a major cause of skin aging. Sun blockers reduce the skin’s production of vD and are clearly contributing to the rising incidence of vD deficiency? Men be warned the cosmetic industry are targeting you; there is an ever increasing consumption of cosmetics with sun-blockers by men, in particular the younger generation. Almost all of the new male cosmetics now include sun blockers badged as anti-aging agents.

Outdoor activities: Other behavioural changes has been the shift from outdoor activities to indoor activities. Children and teenagers now spend much less time in the sun. Why? This is the era of facebook and gaming. Young girls spend large amounts of time on social networks and boys playing computer games. There are several studies from the past that have demonstrated that outdoor activities in childhood protect against MS; reversing this trend is very worrying.

Fish consumption: It is well known that fish consumption worldwide is going down. This is based on economic factors, as we deplete fish stocks prices have risen and consumption has dropped. We are also increasingly eating farmed fish which has about a third of the vD levels of wild fish; wild fish have higher vD levels because of their diet is higher in phytoplankton which provides the vD.

Low vD recommended daily allowance (RDA): The current RDA of vD of 400IU per day is based on rickets prevention studies in the early half of the 20th century. When these studies were done the role of vD in immune and other functions were not known. There is an international lobby that is trying to get the RDA of vD increased; however, without more data it looks as if public health doctors are reluctant to adopt the advice. We now promote physiological vD supplementation in all children and relatives of MSers as per the Vitamin D Council’s recommendations. Despite this we have found that adherence to our advice is poor. Therefore we have started Digesting Science. This is a course to teach children of MSers about MS and the link between low vD and MS. The idea is to get children to be adherent to their vD supplementation regimen via education. “ 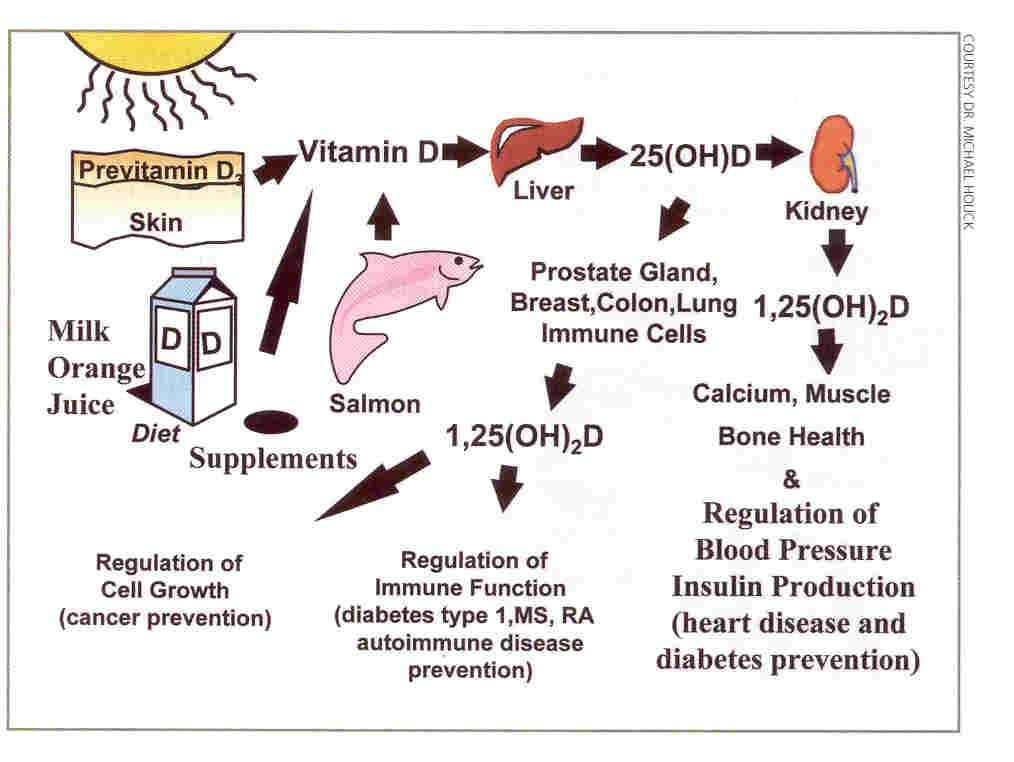