Are you a PPMS pessimist? There is no need to be. #MSBlog #MSResearch

“The following paper demonstrates that the prognosis of PPMS is poor with age being the most important risk factor predicting outcome. More than 50% of PPMSers need a walking stick within 10 years of disease onset. This is unacceptable and we really need to do something to alter the course PPMSers; no wonder PPMSers feel frustrated and left out. This data will help us design future trials for PPMS. I have previously discussed in detail the issue of therapeutic lag and hope PPMS trialists are taking this into account when designing trials. We simply need to make PPMS trials longer and event driven to make sure we are not missing a treatment effect because our trials are too short. Fortunately, the fingolinod PPMS trial is event driven; so the trial has a good chance of giving us a definitive result. Since noting therapeutic lag I have changed my opinion about the chances of the fingolimod in PPMS trial being positive to over 50%. I know that a lot of my colleagues disagree with me and have heard them stating that the study will be negative. At least nobody can  accuse me of being a PPMS pessimist. I think Novartis will be reporting the headline results of trial in late December or early January. Fingers crossed!” 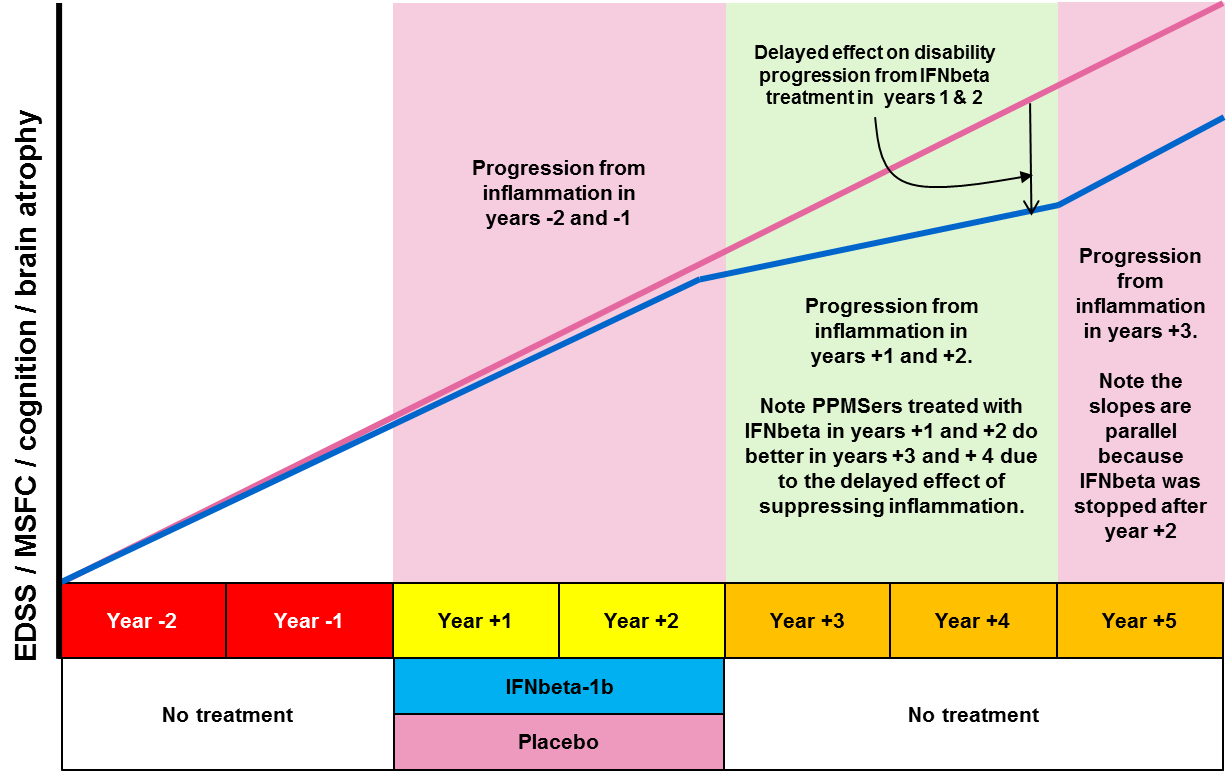 “The age predicting disease progression is now a common theme across the spectrum of MS and needs a lot of attention. If the main driver of progressive MS is age-related and involves mechanisms that underpin premature ageing we need to join forces with the ageing researchers to work with them. May be what we need in progressive MS are drugs and treatments that target ageing. This is why brain health is becoming so important for MSers.”

BACKGROUND: Primary progressive multiple sclerosis (PPMS) is the least common MS disease course and carries the worst prognosis. In relapsing-remitting multiple sclerosis (RRMS) disability accumulation occurs in two distinct phases, but it is unclear whether this is also true for PPMS. Here we investigate factors associated with early and late disability accumulation in PPMS.


METHODS: We investigated the influence of sex, age at disease onset and onset symptoms on time to, and age at, Expanded Disability Status Scale (EDSS) 4 and 6, as well as the time from EDSS 4 to 6 in PPMSers.