Neurodegenerative diseases of the central nervous system are characterized by pathogenetic cellular and molecular changes in specific areas of the brain that lead to the dysfunction and/or loss of explicit neuronal populations. Despite exhibiting different clinical profiles and selective neuronal loss, common features such as abnormal protein deposition, dysfunctional cellular transport, mitochondrial deficits, glutamate excitotoxicity, iron accumulation and inflammation are observed in many neurodegenerative disorders, suggesting converging pathways of neurodegeneration. We have generated comparative genome-wide gene expression data, using the Illumina HumanRef 8 Beadchip, for Alzheimer’s disease, amyotrophic lateral sclerosis, Huntington’s disease, multiple sclerosis, Parkinson’s disease, and schizophrenia using an extensive cohort (n = 113) of well-characterized post-mortem brain tissues. The analysis of whole-genome expression patterns across these major disorders offers an outstanding opportunity not only to look into exclusive disease-specific changes, but more importantly to look for potential common molecular pathogenic mechanisms. Surprisingly, no dysregulated gene that passed our selection criteria was found in common across all six diseases. However, 61 dysregulated genes were shared when comparing five and four diseases. The few genes highlighted by our direct gene comparison analysis hint toward common neuronal homeostatic, survival and synaptic plasticity pathways. In addition, we report changes to several inflammation-related genes in all diseases. This work is supportive of a general role of the innate immune system in the pathogenesis and/or response to neurodegeneration. 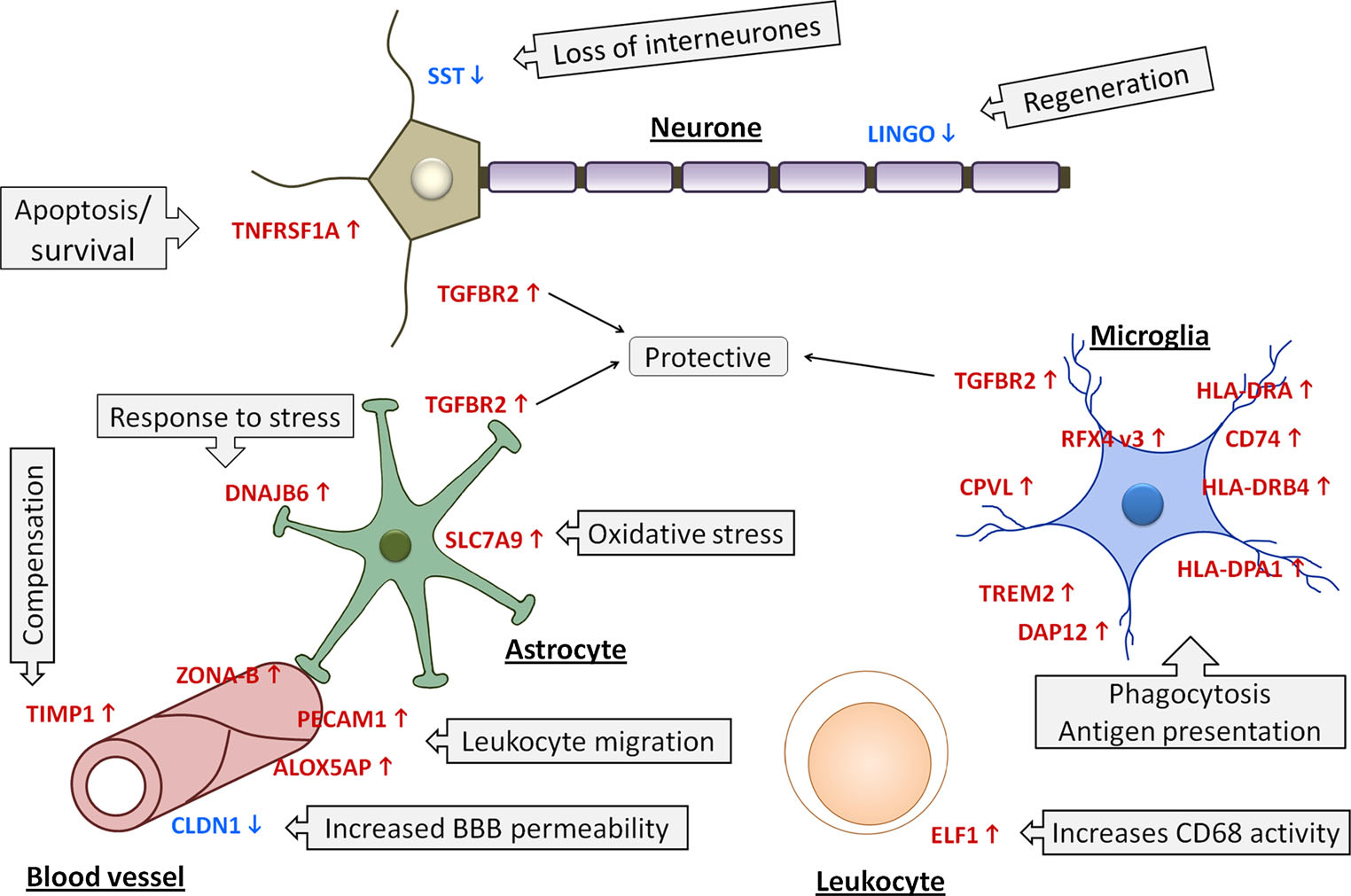 This is a massively complex piece of work creating masses of data. However this is the problem with micro array…there can be too much data. If you compare different disease and look at the protein messages going up or down. When looking at all genes there are none/few common to all diseases. Some of them could be associated with enhanced microglial and astrocyte responses.