Are MSers ready to take-on Academia and Pharma? #MSBlog #MSResearch

“Will progressive MSers take on Pharma and Academia in the same way that ALSers have done? You don’t need to read too many comments on this blog from progressive MSers to realise how frustrated they are with the slow progress in getting effective treatments. We the academic community are partly to blame; we often start trials without thinking about what happens if the study is positive, i.e. we haven’t really got a path sorted out for the licensing of repurposed drugs that are off patent; for example simvastatin.” 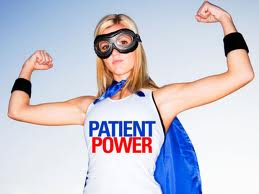 ….. The social contract of the randomized controlled trial is imbalanced: patients adhere to arduous protocols, are randomized to placebo, and are blinded to their health status. Although most participants (>90%) would like a lay summary of results, only a minority (<10%) receive one, with the remainder left with the option of paying around $30 (£18; €22) to read the results once the study is published in a peer reviewed journal…..

…. In 2007, patients with amyotrophic lateral sclerosis (ALS) used Google to translate an Italian conference abstract suggesting that lithium carbonate might slow their illness. In a publication titled “Lithium delays progression of ALS” 16 patients treated with lithium (all of whom survived 15 months) were compared with 28 control patients (a third of whom did not survive the trial). Within six months of the abstract’s publication 160 patients reported obtaining lithium off-label and tracked their progression using Google Spreadsheets and the validated ALS functional rating scale (ALSFRS-R).  A patient in Brazil and a caregiver in the United States initiated this patient led study, raising the question of where ethical oversight lay….

…. The concept of “scientific altruism” may be being trumped by “maximize your chance of survival.” For better or worse, digital tools enable greater self knowledge and rapid dissemination. The consequence is that scientific design, informed consent, and ethical oversight can be short circuited by patient led “disobedience.”…

…. Patients increasingly realize that they are both statistically and literally the “power” in trials and we need to build systems that redress the imbalance. If we collectively do nothing, a phase III study might be rendered scientifically null by a critical mass of participants making intentional protocol violations on PatientsLikeMe, Facebook, or Twitter…..

…. With the new tools at their disposal patients will hold us all accountable in new and necessary ways. Patients themselves have already laid much of the groundwork; let’s ask them to continue building on these new systems together as equals….