I can’t help but feel that their is an air of pessimism on the blog this week – centred mainly around Prof G’s post on Cognitive MS – where he tried to raise awareness of this issue and to emphasise that MS is a ‘preventable dementia’. His reason for this is simple; if he can persuade the ‘powers that be’ to treat aggressively from early on in the disease, he believes cognitive impairment could be avoided.

I think this anonymous post puts it quite nicely:

“So perhaps you could balance the depressing stuff with posts on how to stay mentally strong and how to stay as healthy as possible . You may need a counsellor in your blogging team for that.”

I’ve decided to post about a few MS role models – people who have taken a positive approach to their diagnosis who may provide inspiration to those tired of hearing about incontinence, depression and dementia! 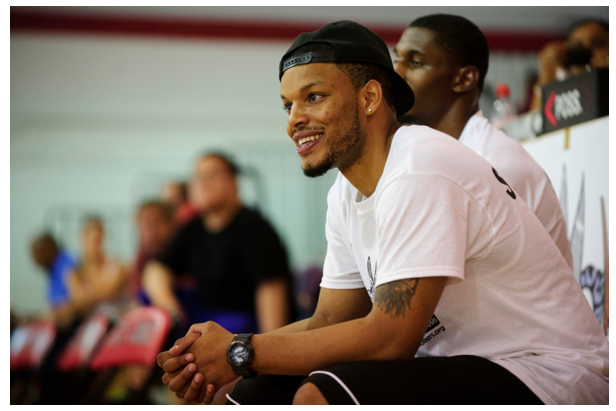 Chris Wright is a professional basketball player who was diagnosed with MS in 2012 following an episode of foot drop and leg numbness. He was ‘outed’ by a newspaper and people began writing him off. Wright visited a number of neuros who tried to encourage him to end his career. He finally came upon a neuro with a far more positive approach and told him he should continue to play and started him on Tysabri. He is still playing professional basketball today.

When asked about his future, Wright states: