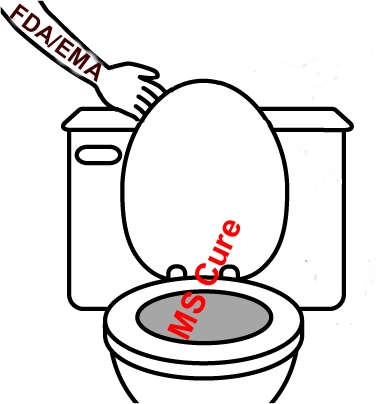 The FDA/EMA saw a few cancers in the Movecro (oral cladribine) trial called CLARITY led by ProfG and wanted further trials to document whether the drug was safe.

Merck Serono was in a race with Novartis to be the first Pill for MS and had gambled that one trial would be enough. This came back to bite them.

The company did not want to do further trials and pulled the plug.


Movectro supply to Russia and Australia, where it had been licenced, was stopped. They also pulled the plug on further ongoing trials that would actually show the increased perceived cancer risk was nonsense.


Down the toilet went the millions of dollars, they had spent repurposing the generic form of cladribine into a pro-drug that was a pill that released cladribine when eaten. Why did the do this?….seems that they didn’t think they could make enough money to wait because the patent life was running out. This could have been done and dusted by now, gilenya faltered and got a second line licence. Did  the producers get it wrong.

There were  a few cancers in the drug treated arms in CLARITY and none in the placebo arms.

So the European and American regulators helped to pull the handle to ensure the flush was complete. People get cancers it is a risk of life but by fluke there were no cancers in the CLARITY placebo group.

So you had a drug that is as effective as Lemtrada, Gilenya and Tysabri (and tecfidera) and twice as effective as Aubagio, Rebif, Avonex, Betaseron and glatiramer acetate, but without the side-effects of Lemtrada, Tysabri, Ocreluzimab etc.

Based on the CLARITY extension data, an induction therapy as good as Alemtuzumab for getting rid of peripheral immune responses without causing masses of unwanted secondary autoimmunities, and unlike Alemtuzumab and other antibodies can readily get in the brain and gets rid of oligoclonal bands. Furthermore it is rapidly eliminated from the body despite its long term effects, so maybe good for pregnancy or adding on other repair and protection drugs.


Will Movectro get resurrected? It is years on….so the patents have even less life in them than when the accountants pulled the plug

Nice one FDA/EMA..You served us well….Not! 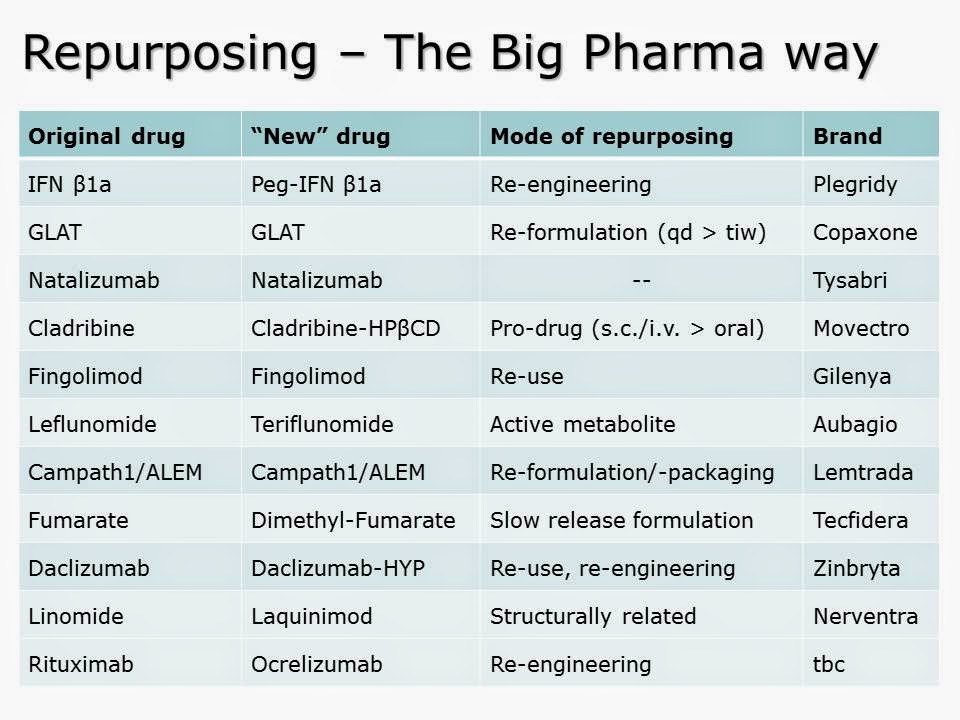