Is it time to formulate an essential drug list to treat MS in the developing world? #MSBlog #MSResearch

“As I get older I realise that almost every extreme position is wrong. This observation is not unique to religion or politics, but is applies to science and many other areas as well. It is the moderate thinker; the person who can assimilate both sides of the argument and steer a middle course that gets things right. We need to get things right.”

“When I visited the Steve Biko Hospital in Pretoria there was an internal debate going on about the WHO essential drug list. The hospital administrators’ are planning to reduce the list to save on costs. This underscores the dire straits of state health in South Africa. Who is to blame? It is clear that managing the HIV epidemic has destroyed the state healthcare system. Could things have been done differently?”

“In 1990 after completing my medical training I was conscripted into the South African Medical Services (SAMS), a division of the South African Defence Force (SADF). As I was married I was posted to the SAMS headquarters, in a suburb of Pretoria, formerly known as Verwoedberg and now Centurion, to run the epidemiology unit. One of studies I was ordered to help write-up was a seroprevalence study of HIV in a special unit that recruited its members from the black and mixed race populations of South Africa. The HIV seropositivity rate in the new recruits to this unit was a startling 3%; please remember this was back in 1990. In parallel a close friend of mine from medical school, who was working as an occupational health doctor on one of the gold mines in South Africa, did a similar study on their new intake of miners and found almost identical results to us in the military. Using an open source program from the CDC (Centre for Disease Control) I modelled the HIV epidemic in the feeder populations and ended up with a predicted peak seroprevalence rate of approximately 30%. We presented our report, which was top secret at the time, to the Surgeon General and three other top-ranking military officials (all were generals). I recall us concluding that as HIV was being sexually transmitted heterosexually in these populations that an urgent, large scale, education programme was needed and targeted preventive measures should be implemented and studied.”

“The epidemiology unit had also been collecting data on other sexually transmitted diseases (STDs) in the defence force. This particular unit, with the 3% HIV seroprevalence rate, had an appalling rate of other notifiable STDs. For example, I recall us receiving 32 notifications for gonorrhoea from this unit in one week, whilst they were away on a training exercise in a remote area of the country. When I sent-out a team to investigate the outbreak we tracked down the source of infection to two local prostitutes. The bottom line was that this particular unit were very promiscuous and displayed high-risk sexual behaviour. The situation in the South African mining industry was no different. Miners were almost all migrants with access to very cheap alcohol and prostitutes; a toxic mix. The mines had a similar problem with endemic rates of other STDs. My friend, the occupational health doctor, complained that the mining houses would bus in prostitutes from Johannesburg on Friday to service the miners over the weekend. The mining houses also subsidised cheap alcohol. The mix of single men, or men separated from their wives, alcohol, prostitutes, endemic rates of other STDs and other cultural factors, for example black South African men rarely used condoms in the 1990s, ignited the HIV powder keg that exploded to become the worst HIV epidemic on the planet. Men infected on the mines, or in the military, then infected their partners on their return to their homes and over the next 20 years the incidence of HIV skyrocketed.”

“Unfortunately, our HIV report never saw the light of day. Our recommendations were either ignored or swept under the carpet. I left the military at the end of 1990 with a special commendation from the Surgeon General; a prestigious award for my contribution to the South African military. I have always wondered if our HIV report, which I help prepare for the Surgeon General was the reason why I got the award. During my year at SAMS HQ I got to know the Surgeon General very well; I would meet with him weekly to go through my weekly epidemiological report. He was a liberal man with integrity, vision and a conscience. I respected him. I am sure the decision to ignore the South African HIV epidemic was not his decision; he agreed with everything we said and was very concerned about the potential ramifications of HIV for South Africa. I suspect the decision to ignore the HIV epidemic was probably taken by people higher-up in the military and the South African government at the time. The mining houses behaved slightly differently; they did act, but much later when it was too late.”

“The sad thing is we got it wrong the peak rate of HIV infection in South Africa is much higher than 30% in most of the communities affected by the epidemic. The CDC model clearly did not take into account cultural and other factors when modeling its prediction. Similarly, the model did not include a complacent government who went into a state of denial about HIV.”

“The sad consequence of these mistakes is that MSers and people with other chronic diseases have to rely on a health system that has been brought to its knees by HIV. I have been torturing myself this last week and asking is there anything I can do to help? How would I manage MS in the state sector in South Africa? Would I simply shrug my shoulders and let MS devastate and shred the brains of MSers living there without trying to do something about it?”

“I therefore plan to formulate an essential drug list, and a series of treatment algorithms, for my South African colleagues in the State sector to use to treat South African MSers and other MSers living in developing countries with lack of access to high-cost drugs. The drugs on this list will by necessity be off-label, out-of-patent and cheap. I will not compromise on the goal of treat-2-target of NEDA (no evident disease activity). Big Pharma won’t like it, but they have to realise that neurologists in developing countries have their backs against the wall and their priority has to be the patients in their care. I am acutely aware that innovation costs money and that Pharma needs to recoup their investment and make profits for future cycles of innovation. But until fingolimod comes off patent, the first small molecule drug to do so,  a large number of MSers the world over are in desperate need of DMTs. We/I can’t ignore them; we need to get things right.” 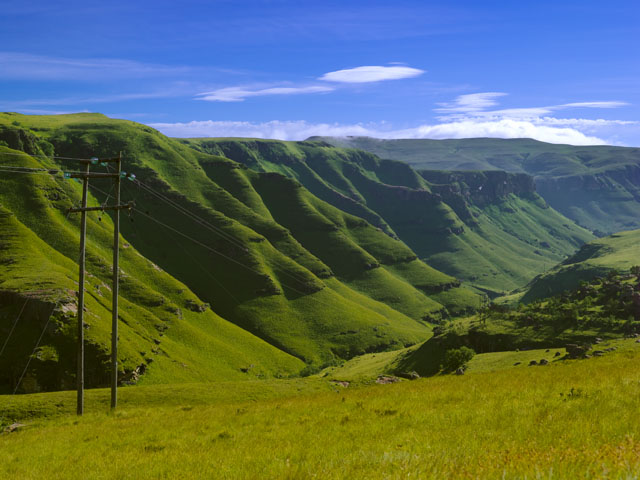 “There is place in Kwazulu Natal called Ixopo it is most famously described by Alan Paton in the opening lines of Cry, The Beloved Country: ‘There is a lovely road which runs from Ixopo into the hills. These hills are grass covered and rolling, and they are lovely beyond any singing of it’. The HIV seroprevalence rate in Kwazulu Natal is close to 40%; this is a national tragedy for so many reasons.”