Cop-2 looks like it is no Cop (English is such a versatile language:-)

OBJECTIVE: To compare the response to plovamer acetate (PA) and
glatiramer acetate (GA) and investigate the mechanism of action (MOA) in
a preclinical model of relapsing-remitting multiple sclerosis
(RRMS).
BACKGROUND: PA is a copolymer mixture of four amino acids of
defined ratio, rationally designed to have improved efficacy over GA. PA
competitively binds to MHC II with higher affinity than GA and drives a
T-helper cell (Th)2-like response. PA is undergoing Phase II testing
for RRMS.
METHODS: Experimental autoimmune
encephalomyelitis (EAE) was induced in SJL/J mice. PA, GA or vehicle
were administered subcutaneously either daily or three times/week, or
were co-administered with PLP at EAE induction. Disease severity was
measured using a standard 0-5 clinical score (CS) scale. Blood and
plasma were collected weekly for hematology and cytokine production
measurements, respectively. Mouse splenocytes were cultured and
re-stimulated to assess proliferation and cytokine production.
RESULTS:
Disease onset was delayed significantly vs. vehicle with daily PA (5
days; p<0.001), daily GA (2 days; p<0.01), PA 3x/week (6 days;
p<0.001), but not GA 3x/week. In addition, PA dose-dependently
decreased EAE severity when co-administered at disease induction: 10 or
30 mg/kg completely abolished disease and 3 mg/kg resulted in a 60%
decrease in EAE severity. In contrast, co-administration of 3 or 10
mg/kg of GA was not efficacious; 30 mg/kg resulted in a similar decrease
in CS as seen with 3 mg/kg PA, suggesting that PA was 10x more potent
than GA in this preclinical model. Additional results supported previous
findings that PA induces a Th2 shift.
CONCLUSIONS:
When compared with GA, PA more potently delays disease onset and
reduces disease severity, as demonstrated in a preclinical model of
RRMS.

Yesterday ProfG posted a comment that it had been announced that there would be termination of Phase II trial of Plovamer acetate. (Cop2).This is the next generation glatierimer acetate, formally known as copaxone and Cop-1. Cop-1 is a random co-polymer of 4 animo acids found in myelin basic protein and a host of other proteins. Plovamer acetate has a different mix of amino acids and was reported to have a better blocking capapcity to the major histocompatibility complex compared to Cop-1. 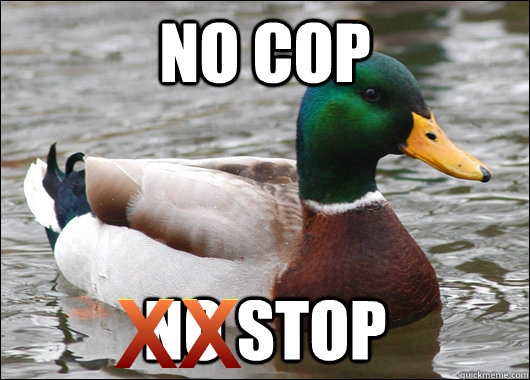 Why stop development of Cop2?

This suggests either a strategic change by the company that maybe MS is not where they want to be or that analysis of the ongoing trial (in the thanksgiving month of turkeys), suggested that it had no chance of becoming a drug to compete with the new orally active drugs.

Lets look at the pre-clinical data and perhaps it is concerning how dubious the effects appeared to be in animal models.

At the same time, it does not paint a rosey picture of glaterimer acetate, which cop2 was supposed to be better. The abstract was generated by competing company aiming to show Cop2 was better than Cop1, however I think the results on Glaterimer acetate are not that dissimilar to what is published.

Essentially when administered under the skin in mice, like used in humans, both COP1 and COP2 did not work very well. They showed a small delay of disease onset, but clearly did not stop the animals getting disease. COP2 was better than Cop1 but both not that impressive. However, they can work and this is when you give the COP at the time of sensitization. This clearly has no translational value as you do not treat MSers before they get MS.

We should want to see that the compounds inhibit relapsing disease after it has started so it has translational value. However this data is surprsingly lacking. Whilst it may have been done and not reported, one would think this would be a minimal requirement before embarking on human trials. Maybe if this was done and it did not eliminate relapsing disease alarms bells should have run.

Was this done with Cop-1?

There
has been significant variation in the dose levels of glaterimer acetate
reported to inhibit EAE, which may depend on the strain and method of disease
induction.

In most cases disease inhibition has been reported to be
dose-dependent.
However inverse dose-responses (the more you give the less effect you get) have been reported also. In some instances doses of 250μg or more glaterimer acetate in incomplete adjuvant (which is not how it is used in hunans) can have marked
inhibitory effect, but can be more modest in order studies. In some instances 2-5mg (100-250mg/kg) glaterimer acetate per mouse
was the optimal dose for treatment, which substantially more than administered
to humans (~0.3-0.5mg/kg).

Glaterimer acetate has had some inhibitory activity in relapsing
EAE when daily administered in solutions notably orally. However the
oral route has yet to be shown to have activity in MS.

EAEologists hold GA as an example of the translational value of the animal model,which has been used to show that it has loads of putative mechanisms of action.

Likewise I have heard that it said that it takes some months of treatment to get optimum effect and in animals treatment is for a few days in a model lasting 3-4 weeks.

However
the fact of the matter is, that GA is the biggest selling MS drug and
it has efficacy in MS, so does it matter what happens in EAE, and we
know that many people are satisfied.