How to measure scientific impact in the era of pop science? Will altmetric turn out to be a curse? #MSPolitics #MSResearch #MSBlog

“Research impact; what does it mean? We as researchers are increasingly getting judged, and then hired and fired, based on our research performance. The 2014 UK research excellence framework (REF) include a metric on impact. We are told  that going forward research impact is going to be increasingly important. It is a great pity we can’t rely in the tried and tested way of assessing research impact based on citations and longevity of research over time. Short-term impact may turn out to be a fad; i.e. pop science, and disappear with time. In comparison transformational discoveries stand the the test of time; they are adopted and become entrenched in our culture.”

“A good example, of pop science is our recent publication on the negative association between HIV infection and MS: Gold et al. HIV and lower risk of multiple sclerosis: beginning to unravel a mystery using a record-linked database study. J Neurol Neurosurg Psychiatry. 2014 Aug 4. pii: jnnp-2014-307932. When you track it using Altmetric, it is flying.” 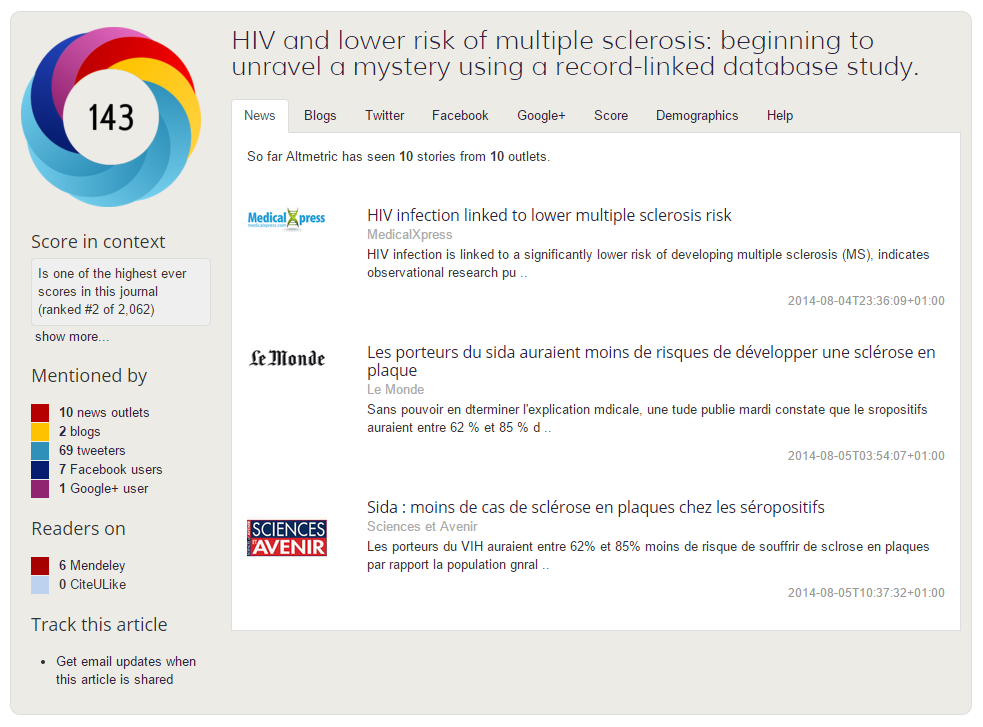 “When you look at it using the JNNP Marmite-ometer it is not doing so well.” 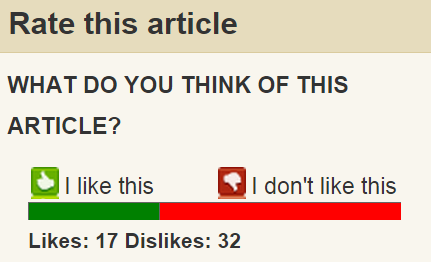 “If you ask me this paper will only have real impact if what we have described is real, i.e. confirmed, and it leads to new insights and treatments for multiple sclerosis. What is needed and is currently lacking is the time vector? As I sit on my sabbatical in Lima, Peru, at the LACTRIMS meeting contemplating life, the universe and everything, it is essential for us to take the HIV-MS association as a starting point to look at MS in a different way. Could this observation that started off with an anecdotal observation that someone’s MS went into long-term remission after he went onto antiretroviral therapy having become HIV-positive. Could the association between MS and HIV be the clue to the cause of MS and autoimmunity in general? What we really need is; (1) for a register of people who have MS and HIV who are on anti-retrovirals to see what happens to their MS; (2) the results of the INSPIRE trial; (3) and a full-blown well-powered phase 2 trial of HAART (highly-active antiretroviral therapy) in MS.”

“You may be interested in reading an article on the Wellcome Trust’s website about the issue of impact: Alternative impact: Can we track the impact of research outside of academia? It is based on  the following publication in PLoS Biology”.

More evidence of the meaning and validity of ALMs and altmetrics, coupled with greater consistency and transparency in their presentation, would enable research funders to explore their potential value and identify appropriate use cases.