OBJECTIVE:To evaluate multifocal visual evoked potentials (mfVEP) changes in optic neuritis (ON) and fellow eyes during first year after the attack.
METHODS:Eighty-seven patients and twenty-five controls were examined. Patients were classified as multiple sclerosis (MS) group, high risk (HR) or low risk (LR) groups for conversion to MS. mfVEP recordings and retinal nerve fiber layer (RNFL) thickness were analyzed.
RESULTS: Recovery of amplitude and shortening of latency was fastest within the first 3 months. The largest amplitude reduction and longest latency delay of the ON eye were recorded in the MS group. This was accompanied by deterioration of both parameters in fellow eyes (p<0.03). mfVEP remained stable in fellow eyes of the LR group. Inter-eye asymmetry showed similar amount of amplitude reduction and latency delay in all three groups. RNFL thickness strongly correlated with mfVEP amplitude as early as 3months after ON (R2=0.6, p=0.001).
CONCLUSION: mfVEP amplitude is an early predictor of post-ON axonal loss. The apparent more severe involvement of ON eyes in the MS subgroup may be due to subclinical inflammation along the visual pathway. 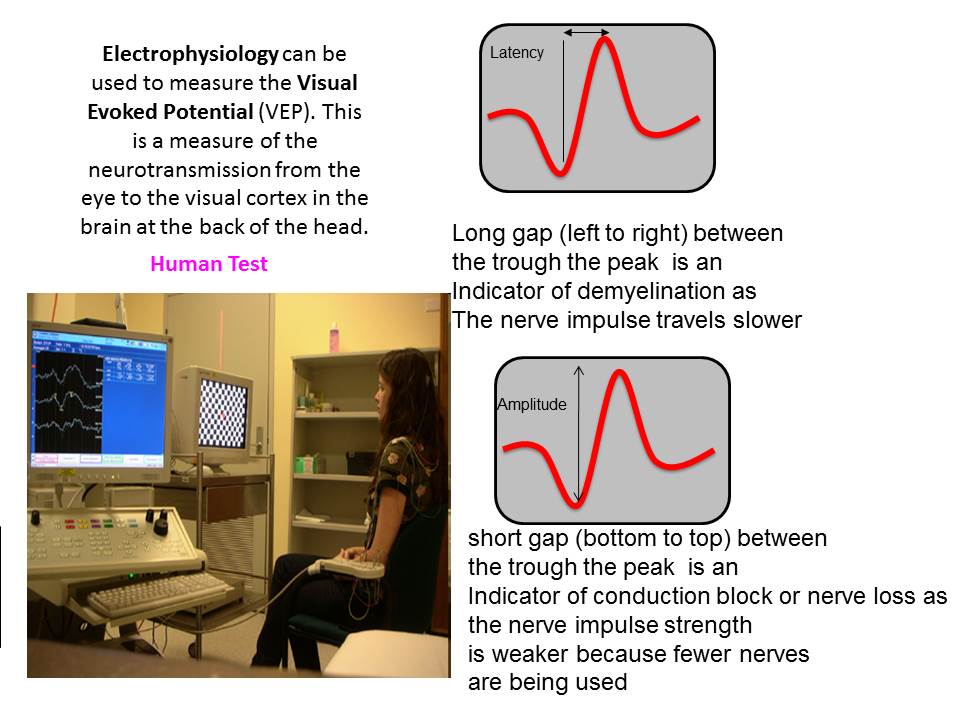 MS was associated with demyelination and conduction block and nerve loss.  And changes in amplitude was associated with retinal nerve loss within a few months after optic neuritis. This takes a bit of time to show because the retina swells masking the true thickness
of the retinal fibre layer. When one eye is affected the other eye may be affected too especially in those developing MS,