“The following meta-analysis (a study combining the results of individual studies) clearly shows that the elephant in the room is psychiatric co-morbidity in MS. MSers are at increased risk of all the major psychiatric diseases (anxiety, depression, including major depression, alcohol & substance abuse, psychosis). I am surprised the authors’ didn’t include cognitive impairment, dementia, fatigue and some of the sleep disorders on their list. Depending on how you define psychiatric some would argue the latter are diseases of the mind and therefore need to be included under the psychiatric rubric.”

“Are you surprised by the high incidence of these disorders? I suspect not as so many of you can relate to this problem. Psychiatric manifestations are common in MSers because MS is a disease of the brain and the incidence of psychiatric co-morbidity in MS is not dissimilar to that seen in most other neurodegenerative diseases. A lot has been said on this blog about anxiety in MSers and its pernicious effect on quality of life. Targeting anxiety, particularly early in the course of the disease is critical to help MSers come to terms with their disease, engage with the disease and to aid them make a decision about the treatment of their disease. Once you able to control MS disease activity you give MSers some control over their lives and hence the confidence to tackle their anxiety and the future. Imagine, not being able to face the future with confidence?”

“Several weeks ago I was asked in a comment how I treat MS-related depression. I have reposted my response here as it is relevant to this post. Depression in MS is a massive clinical problem. In short there are many reasons why a person with MS may be depressed. In my experience MSers rarely complain of depression, but usually manifest with other, but related, symptoms. You often have to ask them specifically about symptoms of depression. MS-related depression is frequently associated with anxiety and/or stress; if you don’t treat or manage the anxiety the depression won’t respond to treatment. I have seen several patients who have had a major depression (unipolar or bipolar) and I have to had refer them to a psychiatrist for management of their depression. These patients tend to end up on antidepressants and mood-stabilizers. Depression can also be a manifestation of poor sleep, or sleep deprivation, a side effect of medication, a feature of alcohol or other substance misuse, seasonal affective disorder (SAD), associated medical problems (e.g. hypothyroidism), etc. We shouldn’t forget that MSers have a higher risk of suicide than the general public; depression is one of the predictors of suicide. It is important to identify those at risk of suicide so they can be proactively managed. In short, the treatment of depression is complex and depends on the associated co-morbidities, the cause, the severity and whether or not there is a risk of suicide. There is no black-and-white answer about how you treat MS-related depression; rarely some patients need to be sectioned and admitted into a psychiatric unit, some need urgent outpatient or community psychiatric input (suicidal patients), other need to improve their sleep hygiene, some need anxiety or stress provoking triggers addressed, some need medications changed, some need to be referred to an addiction service, some may need light therapy (SAD) or medication, others may be choose exercise or CBT therapy.”

“Please note that active inflammation in the brain triggers sickness behaviour; one of the manifestation of sickness behaviour is fatigue and low mood. Hence, if we want to practice holistic medicine, DMTs, and the response to DMTs, should also be included in the holistic approach to managing depression in MS.” 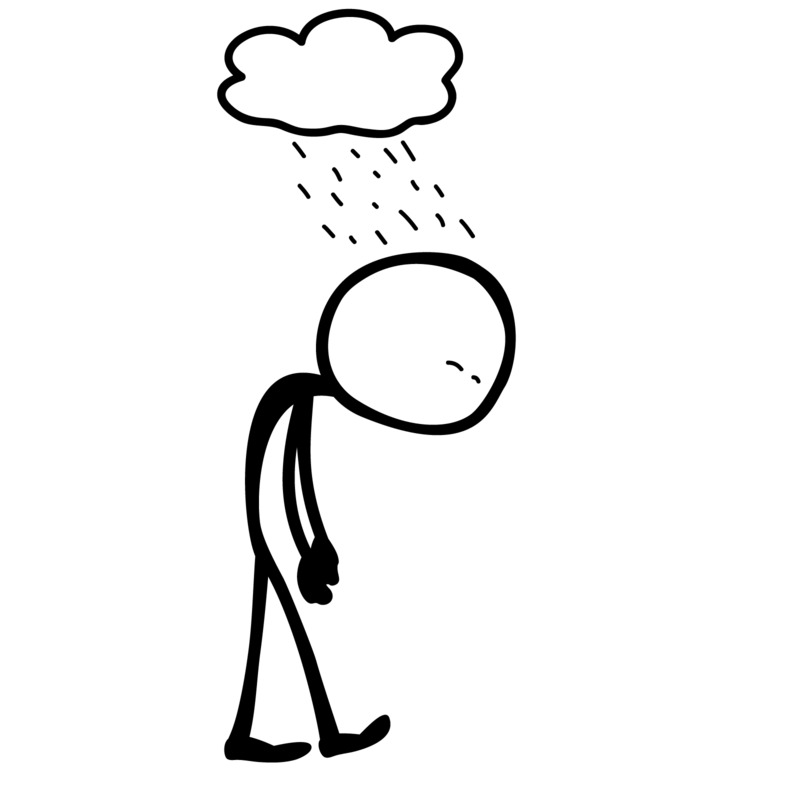 OBJECTIVES: The objectives of this review are to estimate the incidence and prevalence of selected comorbid psychiatric disorders in MS and evaluate the quality of included studies.

METHODS: We searched the PubMed, PsychInfo, SCOPUS, and Web of Knowledge databases and reference lists of retrieved articles. Abstracts were screened for relevance by two independent reviewers, followed by full-text review. Data were abstracted by one reviewer, and verified by a second reviewer. Study quality was evaluated using a standardized tool. For population-based studies we assessed heterogeneity quantitatively using the I2 statistic, and conducted meta-analyses.