Chronic relapsing experimental autoimmune encephalomyelitis (crEAE) in mice recapitulates many of the clinical and histopathological features of human multiple sclerosis (MS), making it a preferred model for the disease. In both, adaptive immunity and anti-myelin T cells responses are thought to be important, while in MS, a role for innate immunity and complement has emerged. Here we sought to test whether complement is activated in crEAE and important for disease. Disease was induced in Biozzi ABH mice that were terminated at different stages of the disease to assess complement activation and local complement expression in the central nervous system. Complement activation products were abundant in all spinal cord areas examined in acute disease, during relapse and in the progressive phase, but were absent in early disease remission, despite significant residual clinical disease. Local expression of C1q and C3 was increased at all stages of disease while C9 expression was increased only in acute disease; expression of the complement regulators CD55, Crry and CD59a was reduced at all stages of the disease compared to naïve controls. These data show that complement is activated in the central nervous system in the model and suggest that it is a suitable candidate for exploring whether anti-complement agents might be of benefit in MS. 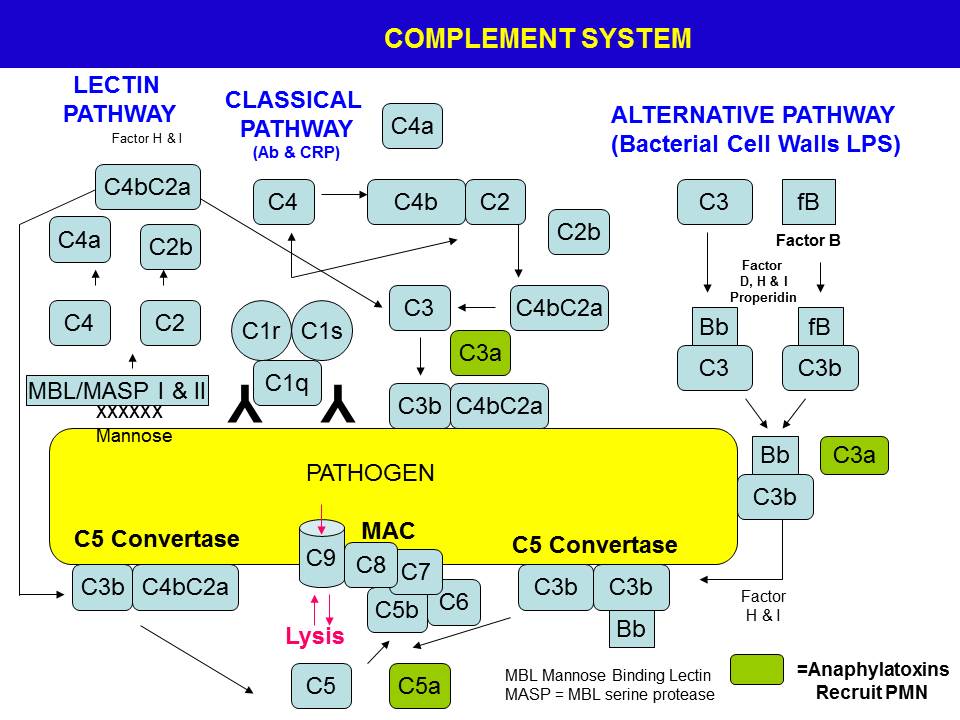 Complement is a cascade of molecules that are part of the immune system, maybe I’ll explain it all one day but when you see C9 something (cell) may be dying.


CoI Members of TeamG were involved in this study