How many more deaths do we need from PML before we learn the lessons? #MSBlog #MSResearch #ClinicSpeak

“The following publication summarises what happens to natalizumab-treated MSers who develop PML; a quarter of them don’t survive and those that do survive are usually left very disabled. The best predictors of a good outcome are young age, less disability prior to PML diagnosis, lower JC viral load in the spinal fluid at diagnosis, and less brain involvement by MRI at the time of diagnosis. The lessons are stark and so are the choices. If you have MS why would you want to take a chance of developing PML with a poor outcome? This point is particularly pertinent now that we have safer alternatives to offer MSers who are on natalizumab and are JCV positive. In those MSers who don’t want to de-risk themselves and choose to stay on natalizumab you should be asking your neurology team for 3-4 monthly monitoring MRI scans to pick-up PML earlier. In the MSers in whom PML is detected before it causes symptoms the outcome is usually favourable.” 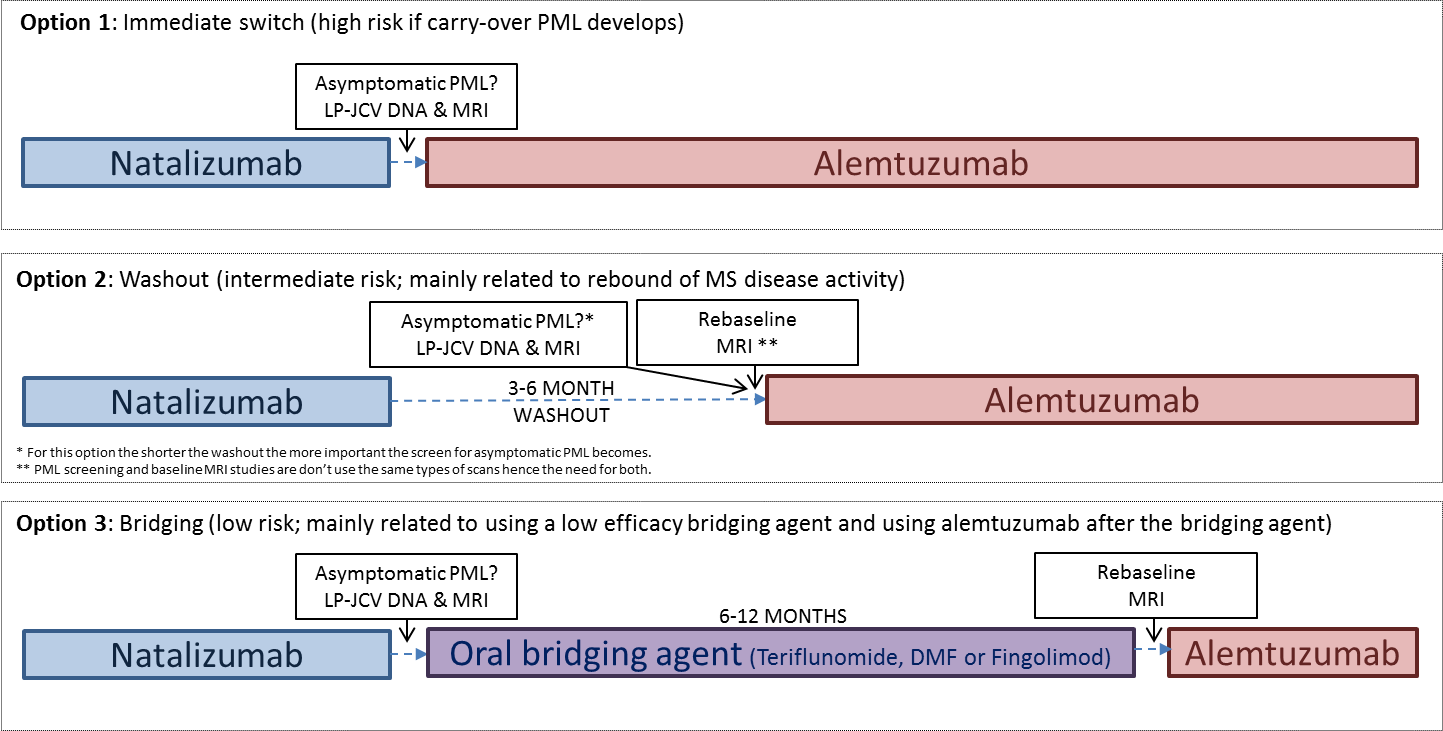 Background: Natalizumab, a highly effective therapy for relapsing-remitting multiple sclerosis, is associated with a risk of progressive multifocal leukoencephalopathy (PML).

Objective: The objective of this analysis was to examine factors predicting survival in a large natalizumab-associated PML global population.

Results: Among the 336 patients included in this analysis, 76 % survived, with mean follow-up time from PML diagnosis of 16.1 months for survivors; mean time from diagnosis to death was 4.7 months for nonsurvivors. Survivors were significantly younger at diagnosis, had significantly lower EDSS scores and higher KPS scores prior to PML diagnosis, and had significantly lower cerebrospinal fluid JC viral load at the time of diagnosis. MSers with less extensive disease on MRI at diagnosis had a higher survival rate than those with widespread disease. Survivors generally had less functional disability pre-PML, at PML diagnosis, and in subsequent months. In survivors, functional disability appeared to stabilize approximately 6 months post-PML diagnosis.

Conclusion: In this analysis, younger age at diagnosis, less functional disability prior to PML diagnosis, lower JC viral load at diagnosis, and more localized brain involvement by MRI at the time of diagnosis appeared to predict improved survival in natalizumab-associated PML.