Ischaemic PenumbraIn pathology and anatomy the penumbra is the area surrounding an ischaemic (lack of oxygen) event such during a stroke. Immediately following the event, blood flow and therefore oxygen transport is reduced locally, leading to hypoxia of the cells near the location of the original insult. This can lead to hypoxic cell death (infarction) and amplify the original damage from the ischaemia; however, the penumbra area may remain viable for several hours after an ischemic event due to the collateral arteries that supply the penumbral zone. As time elapses after the onset of stroke, the extent of the penumbra tends to decrease. Therefore, in the emergency department a major concern is to protect the penumbra by increasing oxygen transport and delivery to cells in the danger zone, thereby limiting cell death. The existence of a penumbra implies that salvage of the cells is possible. There is a high correlation between the extent of spontaneous neurological recovery and the volume of penumbra that escapes infarction; therefore, saving the penumbra should improve the clinical outcome. 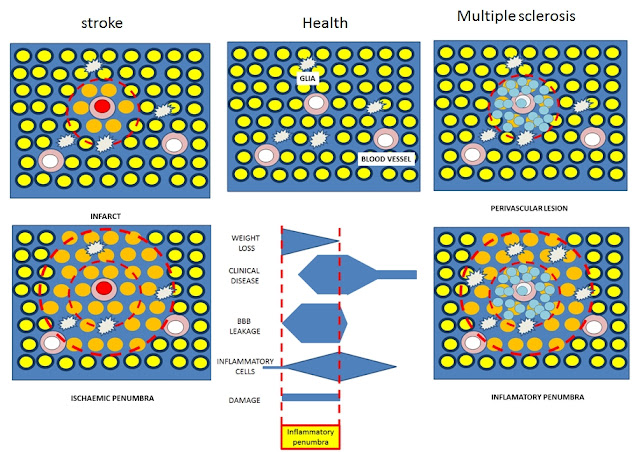 Inflammatory Penumbra
We coined the term inflammatory penumbra to describe the areas surrounding the perivascular cuff of white blood cells surrounding the blood vessel in MS, which is at risk of demyelination and nerve damage as a consequence of the immune attack of the nervous system. Whilst there may be hypoxia within the MS lesions, there are a number of other damaging events that occur with the formation of lesions.

This ace picture from DoctorLove shows this concept quite well. There is a rimof demyelination (loss of brown stain) in a zone around the cuff of white blood cells surrounding the blood vessel. These areas are at risk of damage 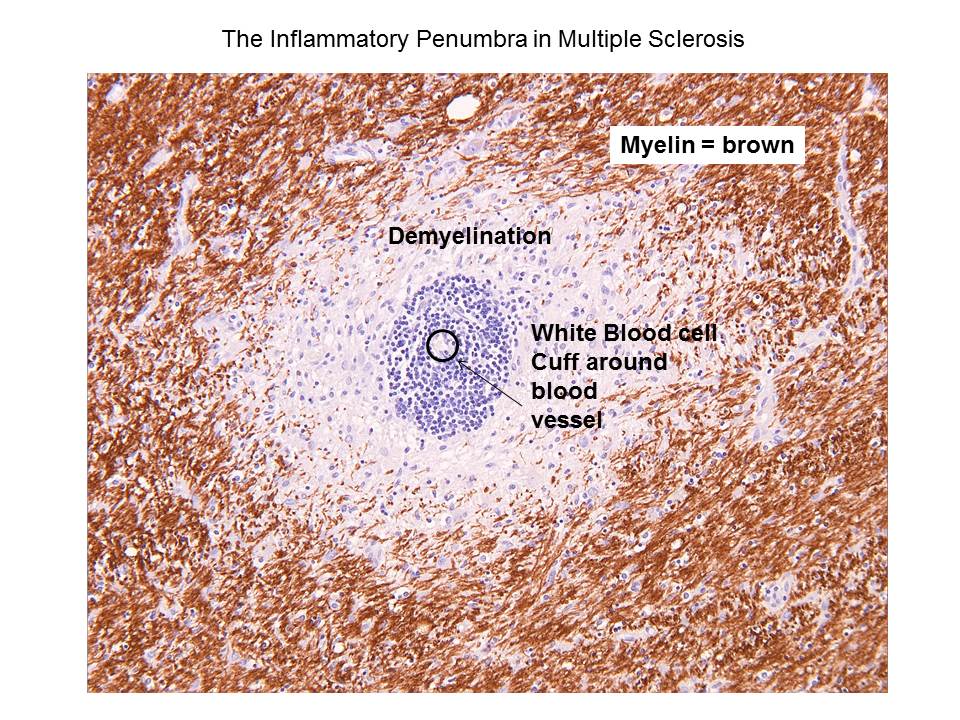 We showed that there was a short time window after initiation of the lesions to get optimal neuroprotection. This correlated with the period of active blood brain barrier dysfunction. In animals this lasts a few days in MS this occurs from 2-4 weeks. 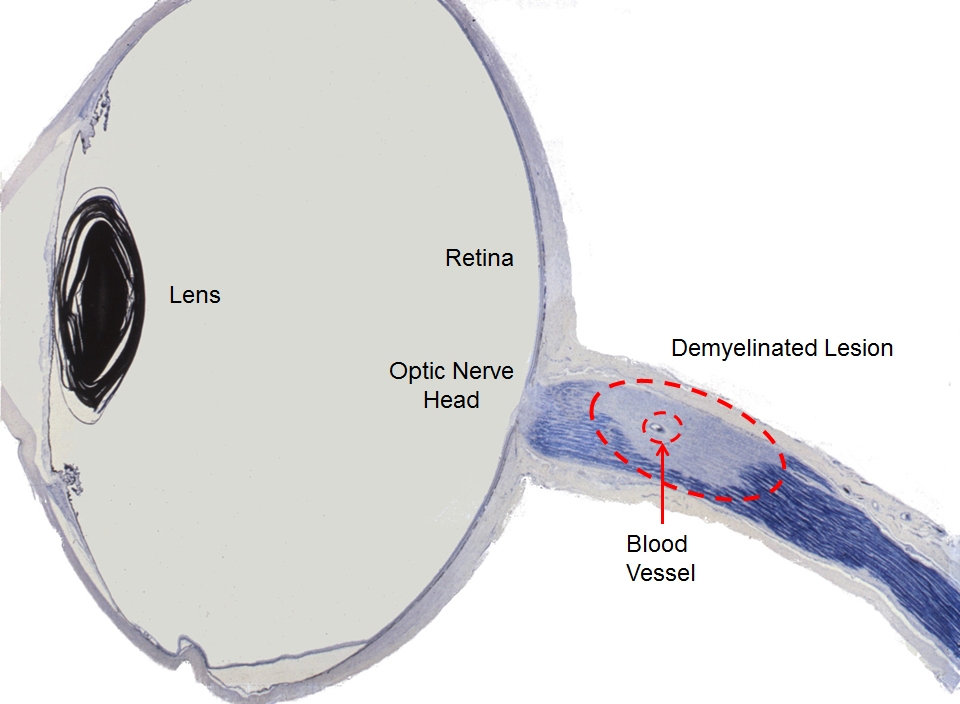 We wondered, which could be the easiest way to show an effect on saving nerves. We thought the visual system is the best way to see a change. In our animal models damage to the optic nerve axons results in loss of retinal ganglion cells (nerve cell body of opic nerves) in the retina.

Save the optic nerve cells and you save the cells in the retina
There are a number of ways to do this. But with success in humans in MS, then it means a few things:

(c) We have found a way to save nerves as a consequence of relapse/lesion ormation. Save nerves at this point and one is probably less likely to develop progressive disease.