Translational research for neurodegenerative disease depends intimately upon animal models. Unfortunately, promising therapies developed using mouse models mostly fail in clinical trials, highlighting uncertainty about how well mouse models mimic human neurodegenerative disease at the molecular level.
We compared the transcriptional signature of neurodegeneration in mouse models of Alzheimer’s disease (AD), Parkinson’s disease (PD), Huntington’s disease (HD) and amyotrophic lateral sclerosis (ALS) to human disease. In contrast to aging, which demonstrated a conserved transcriptome between humans and mice, only 3 of 19 animal models showed significant enrichment for gene sets comprising the most dysregulated up- and down-regulated human genes. It was revealed even healthy human aging to be more closely related to human neurodegeneration than any mouse model of AD, PD, ALS or HD. Remarkably, mouse models frequently upregulated stress response genes that were consistently downregulated in human diseases. Among potential alternate models of neurodegeneration, mouse prion disease outperformed all other disease-specific models. Even among the best available animal models, conserved differences between mouse and human transcriptomes were found across multiple animal model versus human disease comparisons, surprisingly, even including aging. Relative to mouse models, mouse disease signatures demonstrated consistent trends towards preserved mitochondrial function protein catabolism, DNA repair responses, and chromatin maintenance. These findings suggest a more complex and multifactorial pathophysiology in human neurodegeneration than is captured through standard animal models, and suggest that even among conserved physiological processes such as aging, mice are less prone to exhibit neurodegeneration-like changes. This work may help explain the poor track record of mouse-based translational therapies for neurodegeneration and provides a path forward to critically evaluate and improve animal models of human disease. 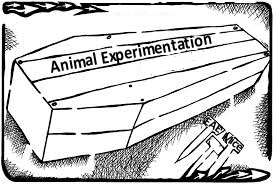 We have been here before. When human inflammatory response genes were compared with mouse inflammatory gene responses there was no similarity and here neurodegenerative disease from humans were compared to animal models and there was no correlation. Is this why animals models don’t predict treatment success in humans. Maybe….however, our animal MS models predicted the failure of  Gilenya in progressive MS. If we compare chalk with cheese, we get mushroom food, but is it really the case that animal studies can’t predict responses in humans….I think not. I bet they can.

However, at the same time we need to accept that models are models and not the same as human disease and this study will be used as yet another nail in the coffin of animal studies.

However animals are not humans.