From 632 patients, 265 met inclusion criteria and hence quartiles were filled with 67 patients each. Active and inactive patients did not differ considerably in physical function. In contrast, mental subscales of the SF-36 were higher in active patients. Remarkable and significant differences were found regarding vitality, general health perception, social functioning and mental health, all in favor of physically active patients.

Our study showed that higher physical activity is still associated with higher mental health scores even if limitations of physical function are accounted for. Therefore, we believe that physical activity and exercise have considerable health benefits for MS patients.

Thirteen patients with early relapsing-remitting MS and 14 matched healthy controls were explored on a 3T MRI scanner at rest and during a motor task (conjugate finger flexion and extension movements of each hand). Hand motor networks were extracted from rs-fMRI data using group spatial independent component analysis. For the non-dominant motor network, patients presented a higher basal functional connectivity at rest and recruited a supplementary prefrontal cortical area during action compared to the controls. The levels of hyperconnectivity at rest and of activation in the recruited area during action were significantly correlated. No differences were demonstrated for the dominant motor network at rest and during action.

The present study, combining rs-fMRI and ta-fMRI in non-disabled patients with early MS, revealed for the first time a direct association between functional reorganization depicted at rest and during action within the same system.

Brain plasticity is one the reasons why the number of MS plaques does not correlate well with disability and vice versa. When a group of MSers during the early stages of MS without any motor disability were studied, there was an increase in basal motor network connectivity. This is associated with functional plasticity during action, suggesting that it is a compensatory mechanism in the brains of MSers. 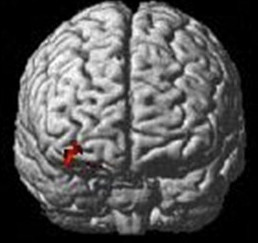 Figure: Relative cortical activation during hand motor movements of patients in comparison to healthy controls, corrected for nine hole peg test performance. The difference between the groups demonstrated a supplementary activation in patients compared to controls during the non-dominant hand motor task in the right prefrontal cortex (frontal inferior gyrus).

It is well known that brain volumes correlate with physical disability and cognitive difficulties in MS. There is also consistent evidence that physical activity has a positive impact on MS outcomes. Whereas moderate-to-vigorous exercise is associated with larger hippocampal (responsible for memory) volume and lowered brain atrophy rates, light physical activity or sedentary lifestyle has no protective benefit.

Moreover, the latest evidence suggests that mental health is also in favor of the physically active MSers. This association is still apparent even after controlling for physical limitations. This effect size is comparable to those achieved by DMTs in health quality outcomes simply from relapse rate reduction. 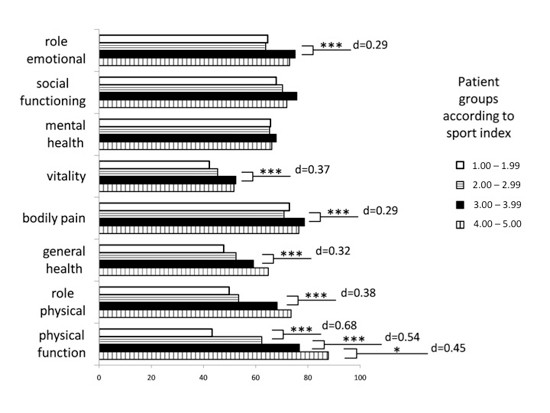