Recent findings indicate that fingolimod, the first oral drug approved for the treatment of multiple sclerosis (MS), acts as a direct inhibitor of histone deacetylases (click) (HDACs) and enhances the production of brain-derived neurotrophic factor (click) (BDNF) in the CNS. Both mechanisms are relevant to the pathophysiology and treatment of major depression. We examined the anti-depressant activity of fingolimod in mice subjected to chronic unpredictable stress (CUS), a model of reactive depression endowed with face and pharmacological validity. Chronic treatment with fingolimod (3 mg kg(-1), i.p., once a day for 4 weeks) reduced the immobility time in the forced swim test (FST) in a large proportion of CUS mice. This treatment also caused anxiogenic-like effects in the social interaction test without affecting anxiety-like behavior in the elevated plus maze or spatial learning in the water maze. CUS mice showed reduced BDNF levels and enhanced HDAC2 levels in the hippocampus. These changes were reversed by fingolimod exclusively in mice that showed a behavioral response to the drug in the FST. Fingolimod treatment also enhanced H3 histone K14-acetylation and adult neurogenesis in the hippocampus of CUS mice. Fingolimod did not affect most of the parameters we have tested in unstressed control mice. The antidepressant-like activity of fingolimod was confirmed in mice chronically treated with corticosterone. These findings show for the first time that fingolimod exerts antidepressant-like effect acting in a “disease-dependent” manner, and raise the interesting possibility that the drug could relieve depressive symptoms in MS patients independently of its disease-modifying effect on MS.

The Morris water navigation task, also known as the Morris water maze, is a behavioral procedure mostly used with rodents. It is widely used in behavioral neuroscience to study spatial learning and memory. It can be a very accurate study of learning, memory, and spatial working and can also assess damage to cortical regions of the brain. It is used largely by neuroscientists to measure the effect of neurocognitive disorders on spatial learning and possible neural treatments, to test the effect of lesions to the brain in areas focused on memory, and to study how age influences cognitive function and spatial learning. The task is also used as a tool to study drug-abuse, neural systems, neurotransmitters, and brain development.

The basic procedure for the Morris water navigation task is that the rodent is placed in a large circular pool and is supposed to find an invisible or visible platform that allows it to escape the water by using various cues. Many factors can influence the rodents performance, including their sex, the environment in which they were raised, exposure to drugs, etc. There are three basic tactics for the rodents to escape the maze: a praxic strategy (remembering the movements needed to get to the platform), a taxic strategy (the rodent uses visual cues to reach their destinations), or spatial strategy (using distal cues as points of reference to locate themselves). There are a variety of paradigms for the water maze that can be used to examine different cognitive functions. In particular, cognitive flexibility can be assessed using a water maze paradigm in which the hidden platform is continually re-located.

The elevated plus maze (EPM) is an animal model of anxiety that usually uses rodents as a screening test for putativeanxiolytic or anxiogenic compounds and as a general research tool in neurobiological anxiety research. The model is based on the test animal’s aversion to open spaces and tendency to be thigmotaxic (a preference to remain near to, or touching, vertical surfaces). In the EPM, this is expressed as the animal spending more time in the enclosed arms.Anxiety reduction in the plus-maze is indicated by an increase in the proportion of time spent in the open arms (time in open arms/total time in open or closed arms), and an increase in the proportion of entries into the open arms (entries into open arms/total entries into open or closed arms). The total number of arm entries and number of closed-arm entries are sometimes used as measures of general activity. The relation between the EPM and other tests of exploratory activity (open-field and emergence) have been analyzed in two mouse strains. 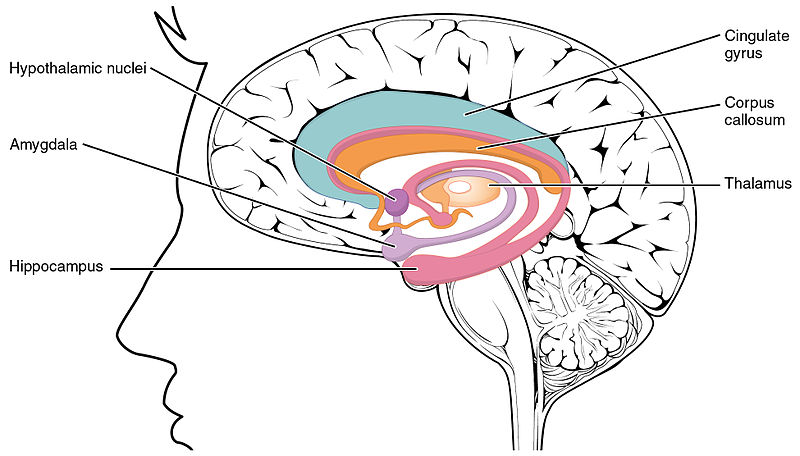 The hippocampus (named after its resemblance to the seahorse),  is a major component of the brains of humans and other vertebrates. Humans and other mammals have two hippocampi, one in each side of the brain. It belongs to the limbic system and plays important roles in the consolidation of information from short-term memory to long-term memory and spatial navigation. The hippocampus is located under the cerebral cortex; and in primates it is located in the medial temporal lobe, underneath the cortical surface. It contains two main interlocking parts: Ammon’s horn and the dentate gyrus.

In this study they suggest that gilenya can affect behaviours, which people link them to evidence of depression and anxiety.

One could ask why bother doing this in mcie when it can easily be done in humans.

Health-related quality of life (HRQoL) worsens with multiple sclerosis (MS) relapses and disease progression. Common symptoms including depression and fatigue may contribute to poor HRQoL.
OBJECTIVES:To report exploratory analyses assessing the impact of fingolimod (FTY720) on HRQoL and depression in a phase II study of relapsing MS.
METHODS:The Hamburg Quality of Life Questionnaire in MS (HAQUAMS) and Beck Depression Inventory second edition (BDI-II) scores were assessed during a 6-month, placebo-controlled study and optional extension.
RESULTS: HAQUAMS total score improved with fingolimod and worsened with placebo. Mean score change from baseline to month 6 was -0.02 with fingolimod 1.25 mg (p < 0.05 versus placebo), -0.01 with fingolimod 5.0 mg and + 0.12 with placebo. Categorical data supported a clinically important effect of fingolimod on HRQoL. Fingolimod 1.25 mg was also beneficial over placebo in the fatigue/thinking HAQUAMS sub-domain (p < 0.05 versus placebo). Change in mean BDI-II scores from baseline to month 6 and the proportion of patients with BDI-II scores indicative of clinicaldepression favored fingolimod 1.25 mg over placebo (p < 0.05 for both). At month 4, mean BDI-II and HAQUAMS total scores appeared to be maintained in fingolimod-treated patients.
CONCLUSION: Fingolimod 1.25 mg may improve HRQoL and depression at 6 months compared with placebo in patients with relapsing MS.