#MSResearch: Offpatent drugs bill get your MP to support it


Jonathan Peter Evans was a Welsh Conservative Party MP who had a private members bill that got nowhere because our lazy MPs could not be bothered to attend the readings. Now Nick Thomas-Symonds is Labour MP for Torfaen in Wales tries the same thing. 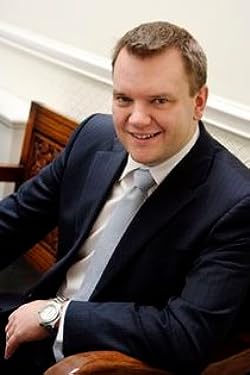 “To be drawn in the Private Members’ Bill ballot after less than a month in Parliament was a big surprise, and having the chance to introduce legislation this early in my political career is a real honour.

I wanted to bring forward a Bill that would have the greatest impact on the lives of my constituents and I believe that the Off-patent Drugs Bill will do just that. If passed, it will improve access to low-cost treatments for a range of conditions, including breast cancer, multiple sclerosis and Parkinson’s. In the short time I have been an MP I have already met many constituents affected by these terrible diseases and seen the impact on their lives and on those of their family and friends.

I also know this first-hand, having lost my grandmother to breast cancer. She inspired me to go into politics and then to become a beast cancer ambassador, and passing this Bill would be a wonderful tribute to her.

I have been delighted by the level of public support for the Bill and hope this will illustrate to my parliamentary colleagues why it is so important that it passes into law. At present there are low-cost drugs that have been proven to work but aren’t routinely available to people who would benefit from them.

Bisphosphonates alone would save 1,000 lives a year and millions of pounds for the NHS, and removing the barriers to prescribing drugs like these could benefit hundreds of thousands of people, not only in my constituency but across the UK”.

Extract taken from the Independent
He introduced the Off-patent Drugs Bill to Parliament last month
http://services.parliament.uk/bills/2015-16/offpatentdrugs.html

2nd Reading of PMB:Off-Patent Drugs:6 Nov:please email your MP to back it

If you want statins for MS. This may be your best bet.
If you want to help the knights.


If you want to read the Biphosphonates story click here

Get your MP to support this initative, it is not just about Cancer

Here are details of your MP
http://www.parliament.uk/mps-lords-and-offices/mps/#nav-T

Dear……
I write to you to urge your support for the “Off-patent Drugs Bill” to Parliament last month introduced by Nicklaus Thomas-Symonds when it gets its second reading on the 6th November 2015.

Please do not let this happen again.