So we were looking at drug names this week
Laquinimod= LA (is this fantasy letters that some naming company has been paid to come up with. Was it discovered in Los Angeles?, made by Lance Armstrong, a drug to follow SEW (clue-Sound of music) etc QUIN (It is a quinone containing chemical) and IMOD (it is an immune modulator)


Combination therapy is the way things are moving. In profG’s pyramid of treatment we have anti-inflammatories at the bottom and then neuroprotectives. Laquinimod was a reasonably poor DMT when viewed from its affects on the relapse rate, but did it fair better at slowing the rate of brain atrophy. So maybe it is a neuroprotective and you could add it to another DMT.


The company who makes Laquinimod have thought about this already looking at patents filed.

I wonder what the other companies think about this approach with their drugs?…I guess the answer is too late

Treatment of multiple sclerosis with combination of Laquinimod and interferon WO2013016686 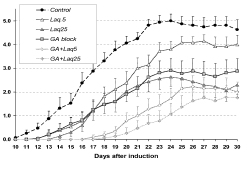 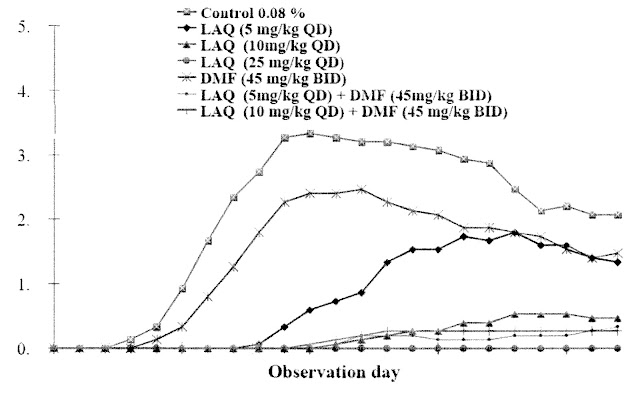 Treatment of multiple sclerosis with combination of laquinimod and fingolimod. WO2013055907

Treatment of multiple sclerosis with combination of Laquinimod and Fampridine. WO2014011827

This one is a bit odd because fampridine is supposed to be a symptom control drug not a DMT, so why is it immunosuppressive,

is it that they cause stress to animals and this stops their EAE. However, they haven’t stoppedand have patents on laquinimod and cannabinoidd agonists, GABA agonists etc,etc,etc, they even have.


Treatment of multiple sclerosis by Alemtuzumab induction followed by Laquinimod WO2015017690 and many more.

So these patents could give a longer period of life to laquinimod
Have they missed any?


What about anti-CD20 and laquinimod, an obvious choice for the future. In contrast to the abstracts which suggest otherwise anti-CD20 is generally rather rubbish in EAE so it will not be hard to find a dose that doesn’t do much add it to laquinimod and cha-ching another patent.


Are these really patents that will give life to laquinimod and so they will rack up a lot of costs. (It does not cost much to file patents but it does cost a lot to maintain the patents. These are filed in each country and each one has to be translated by proper translators. E.g. to translate a patent into Japanese from English can cost over £10,000.So easy money for lawyers, who do very well out of the business and I am sure each company is fighting the above patents.
However, they may spoilers to stop other companies latching on to the benefit of laquinimod and so giving more patent life to the other compound if produce in combination. By filing patents they are blocking other people doing it, because it is not inventive.


Laquinimod is on trial in progressive MS, why not consider volunteering, hopefully the data confirms an effect on brain atrophy. This could then end up as the next block in the therapy pyramid. This could be the beginning of the MS polypill, and who better than one of the World’s biggest generic drug maker to make one.


If you have PPMS please consider volunteering. Take a look here for the eligibility requirements on clinical trials gov (CLICK) and remember.


Speak to your Nurse, Neuro, Doctor if interested. The quicker trials recruit the faster you get the answer, the faster change is made.


CoI We are a site of the such trials.
ProfG, DrK Multiple, MD: None yet