“In this relatively small study on MSers in Oslo, Norway, it is clear that MSers rendered NEDA (no evident disease activity) at 12 months on a DMT (disease-modifying therapy) do better than those who have EDA (evident disease activity). NEDA MSers had on average and improvement in their disability and less gray matter atrophy compared to MSers with EDA.”

“Please note the numbers (n = 72) and the follow-up (12 months) is very short. In addition, this study is not randomised, but open-label and hence there could be other factors that could explain the results. However, this data, and other data, supports the treatment principle of NEDA as a valid therapeutic target in MS. Put another way what would you like to be NEDA or EDA? If you are on a DMT and are not having annual MRI scans to look for subclinical relapses you should ask the question why not?” 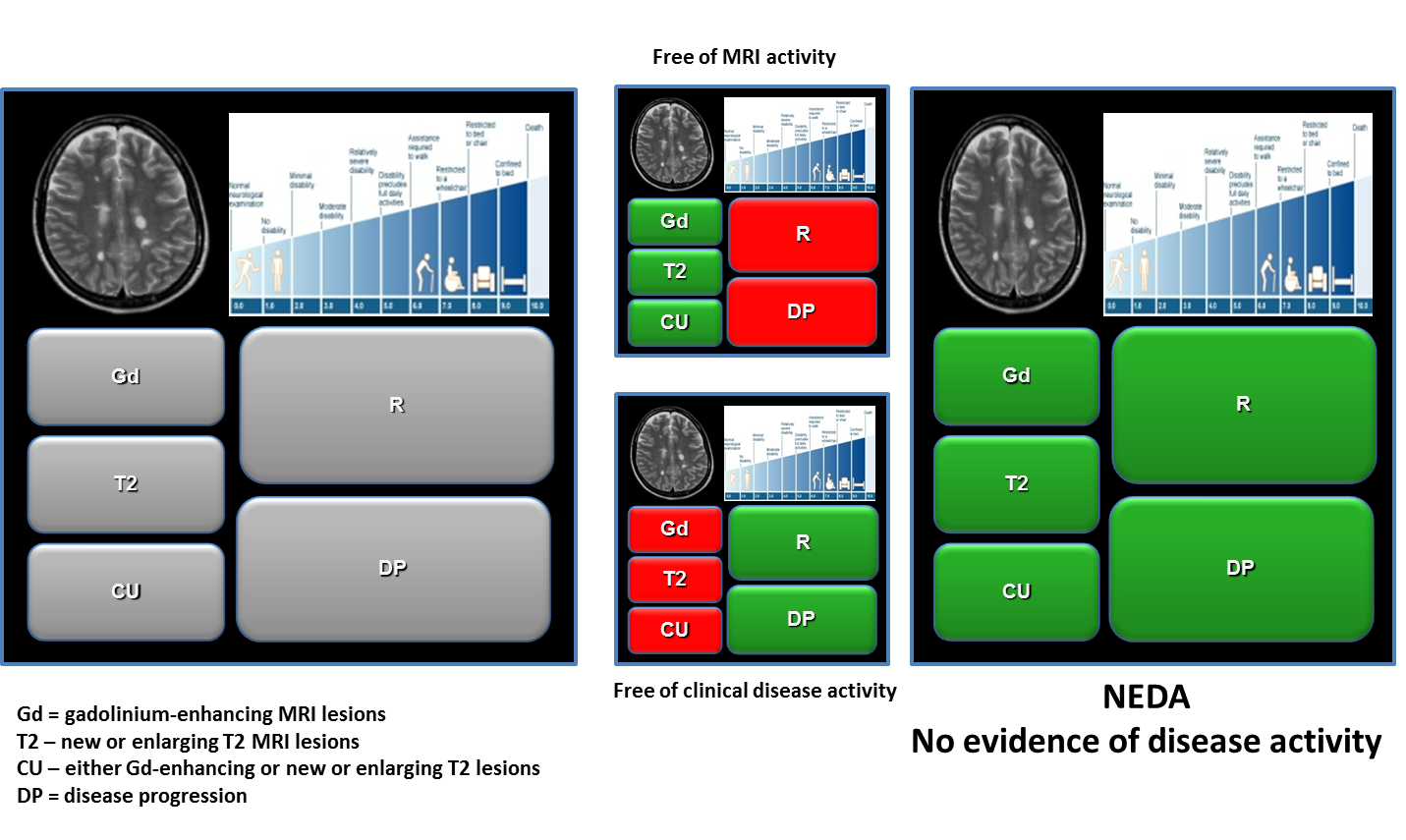 Nygaard et al. A Longitudinal Study of Disability, Cognition and Gray Matter Atrophy in Early Multiple SclerosisPatients According to Evidence of Disease Activity. PLoS One. 2015;10:e0135974

Objective: The objective of the present study was to determine whether early RRMS patients with EDA at one-year follow-up had different disability, cognition, treatment and gray matter (GM) atrophy rates from NEDA patients and healthy controls (HC).

Conclusions: These results support the relevance of NEDA as outcome in RRMS and indicate that pathological neurodegeneration in RRMS mainly occur in patients with evidence of disease activity.