High-density protein microarrays of recombinant human protein fragments, representing 12,412 unique Ensembl Gene IDs, have here been produced and explored. These protein microarrays were used to analyse antibody off-target interactions, as well as for profiling the human autoantibody repertoire in plasma against the antigens represented by the protein fragments. Affinity-purified polyclonal antibodies produced within the Human Protein Atlas (HPA) were analysed on microarrays of three different sizes, ranging from 384 antigens to 21,120 antigens, for evaluation of the antibody validation criteria in the HPA. Plasma samples from secondary progressive multiple sclerosis patients were also screened in order to explore the feasibility of these arrays for broad-scale profiling of autoantibody reactivity. Furthermore, analysis on these near proteome-wide microarrays was complemented with analysis on HuProt™ Human Proteome protein microarrays. The HPA recombinant protein microarray with 21,120 antigens and the HuProt™ Human Proteome protein microarray are currently the largest protein microarray platforms available to date. The results on these arrays show that the Human Protein Atlas antibodies have few off-target interactions if the antibody validation criteria are kept stringent and demonstrate that the HPA-produced high-density recombinant protein fragment microarrays allow for a high-throughput analysis of plasma for identification of possible autoantibody targets in the context of various autoimmune conditions. 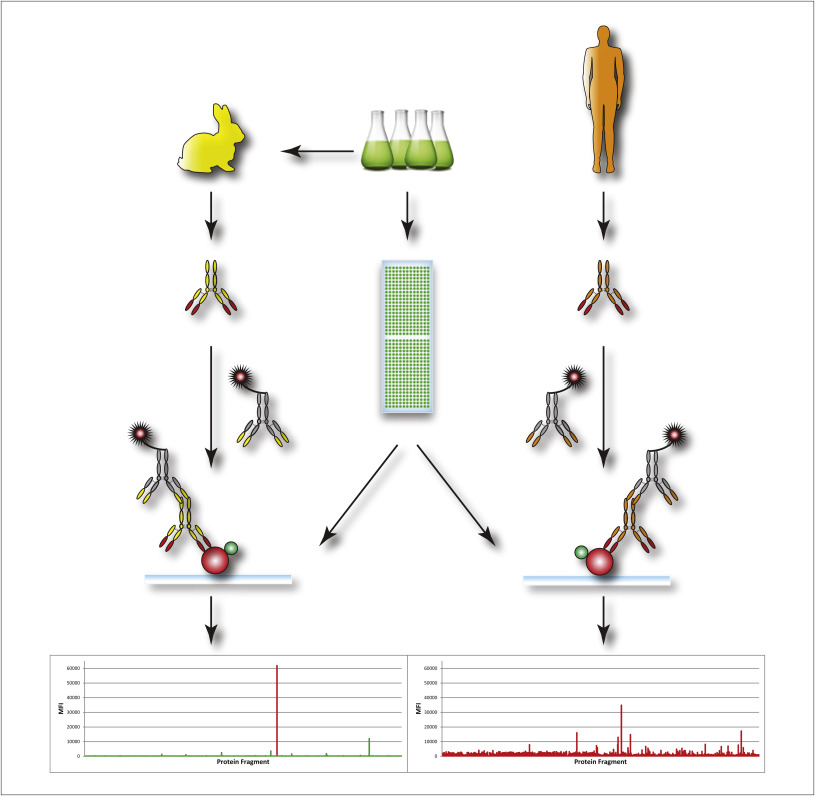 In this study a chip with lots of proteins fragments on it (up to 21,000) was made and blood from pwSPMS were used to probe it. When they tested rabbit antibodies they largely targetted a dominant protein but some were rubbishand we know this from buying lots of antibodies and they don’t do what they say on the tin and have multiple targets. So what happened in SPMS. There were lots of autoreactivity meaning that antibodies reacting to targets were present, but there was no overlap in what those targets were and there were differences if the target was a whole protein of a fragment of a protein. However myelin basic protein is not jumping out. The problem is cause and effect also. So is the antibody causing the damage or as a consequence of damage, you get release of proteins and they can stimulate an antibody response.