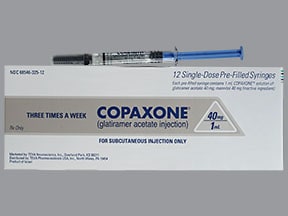 Glatiramer 3 times a week reduced the number of lesions but did not eliminate them. If we are treating to target of NEDA any lesion is one too many