OBJECTIVES:Brain atrophy is associated with cognitive deficits in patients with clinically isolated syndrome (CIS) and can predict conversion to clinical definite multiple sclerosis. The aim of the present meta-analysis was to evaluate the effect of disease-modifying drugs (DMDs) on brain atrophy in patients with CIS.
METHODS:Eligible placebo-control randomized clinical trials of patients with CIS that had reported changes in brain volume during the study period were identified by searching the MEDLINE, SCOPUS, and Cochrane Central Register of Controlled Trials (CENTRAL) databases. This meta-analysis adopted the Preferred Reporting Items for Systematic Reviews and Meta-Analyses (PRISMA) guidelines for systematic reviews and meta-analyses.
RESULTS:Three eligible studies were identified, comprising 1362 patients. The mean percentage change in brain volume was found to be significantly lower in DMD-treated patients versus placebo-treated subgroups (standardized mean difference [SMD]: = -0.13, 95% confidence interval [CI]: -0.25, 0.01; p = 0.04). In the subgroup analysis of the two studies that provided data on brain-volume changes for the first (0-12 months) and second (13-24 months) year of treatment, DMD attenuated brain-volume loss in comparison with placebo during the second year (SMD = -0.25; 95% CI: -0.43, -0.07; p < 0.001), but not during the first year of treatment (SMD = -0.01; 95% CI: -0.27, 0.24; p = 0.93). No evidence of heterogeneity was found between estimates, while funnel-plot inspection revealed no evidence of publication bias.
CONCLUSIONS: DMDs appear to attenuate brain atrophy over time in patients with CIS. The effect of DMDs on brain-volume loss is evident after the first year of treatment. 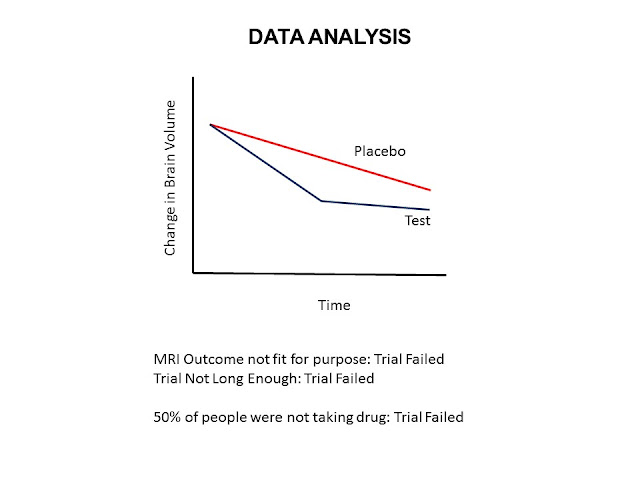 So it is meta analysis time and in this study they look at brain atrophy using MRI and they say that if you are treated with a DMT your loose less volume. So DMT are useful. However, this is best seen in year 1-2 rather than year two. Brain Atrophy = Nerve loss + swelling + glial proliferation. So what happens with an effective DMT is that it looks like the brain starts to shrink because the DMT are anti-inflammatory and so the swelling is removed. This is called pseudoatrophy. What may happen is that the trial is too short and so whilst the rate of atrophy is slowed down as seen is change from year 1-2 the trial isn’t long enough for it to be caught up by the atrophy in the placebo arm. So the trial appears to fail. This is what happened in the lamotrigine neuroprotective trial. So we learn and now in the anti-CD20/Ocrelizumab trial they rebaselined the MRI at 24months to see benefit on slowing atrophy. 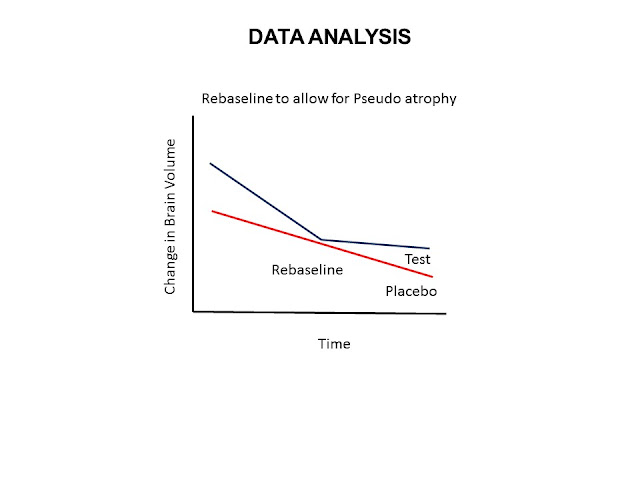 This is called learning from past mistakes