FOXP3+ Tregs are central for the maintenance of self-tolerance and can be defective in autoimmunity. In multiple sclerosis and type-1 diabetes, dysfunctional self-tolerance is partially mediated by a population of IFNγ-secreting Tregs. It was previously reported that increased NaCl concentrations promote the induction of proinflammatory Th17 cells and that high-salt diets exacerbate experimental models of autoimmunity. Here, we have shown that increasing NaCl, either in vitro or in murine models via diet, markedly impairs Treg function. NaCl increased IFNγ secretion in Tregs, and reducing IFNγ – either by neutralization with anti-IFNγ antibodies or shRNA-mediated knockdown – restored suppressive activity in Tregs. The heightened IFNγ secretion and loss of Treg function were mediated by the serum/glucocorticoid-regulated kinase (SGK1). A high-salt diet also impaired human Treg function and was associated with the induction of IFNγ-secreting Tregs in a xenogeneic graft-versus-host disease model and in adoptive transfer models of experimental colitis. Our results demonstrate a putative role for an environmental factor that promotes autoimmunity by inducing proinflammatory responses in CD4 effector cells and Treg 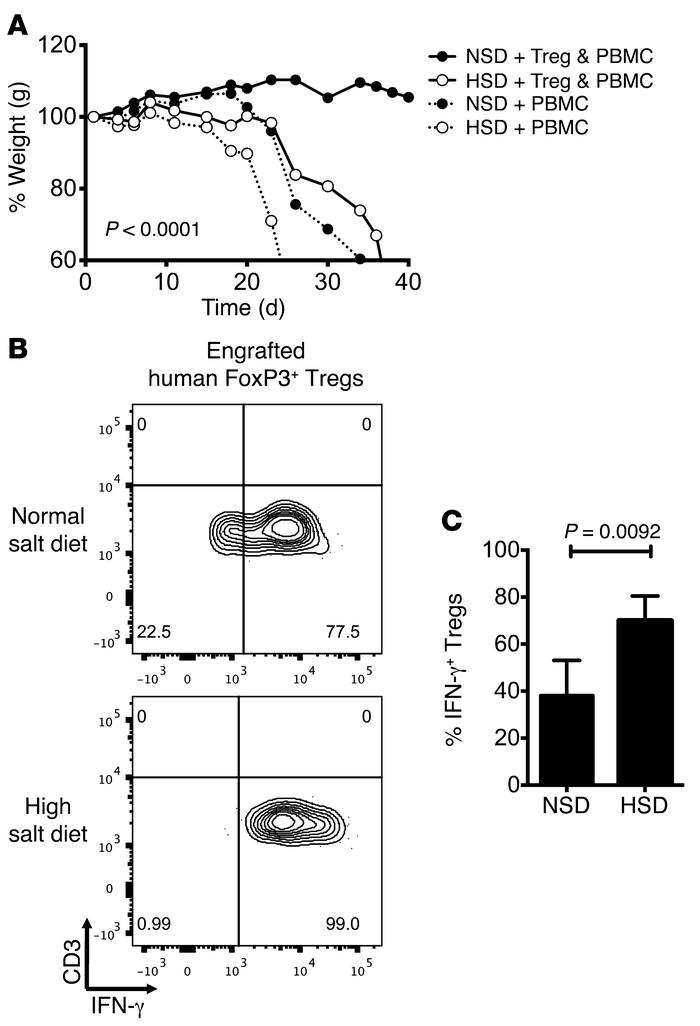 Salt Diet (human equivalent of a half a kg a day) in mice populated with humans cells makes autoimmunity worse by blocking Tregs. So best not to eat too much salt.