In multiple sclerosis, brain-reactive T cells invade the central nervous system (CNS) and induce a self-destructive inflammatory process. T-cell infiltrates are not only found within the parenchyma and the meninges, but also in the cerebrospinal fluid (CSF) that bathes the entire CNS tissue. How the T cells reach the CSF, their functionality, and whether they traffic between the CSF and other CNS compartments remains hypothetical. Here we show that effector T cells enter the CSF from the leptomeninges during Lewis rat experimental autoimmune encephalomyelitis (EAE), a model of multiple sclerosis.

While moving through the three-dimensional leptomeningeal network of collagen fibres in a random walk, T cells were flushed from the surface by the flow (from head to toe) of the CSF. The detached cells displayed significantly lower activation levels compared to T cells from the leptomeninges and CNS parenchyma. However, they did not represent a specialized non-pathogenic cellular sub-fraction, as their gene expression profile strongly resembled that of tissue-derived T cells and they fully retained their encephalitogenic potential. T-cell detachment from the leptomeninges was counteracted by integrins VLA-4 and LFA-1 binding to their respective ligands produced by resident macrophages. Chemokine signalling via CCR5/CXCR3 and antigenic stimulation of T cells in contact with the leptomeningeal macrophages enforced their adhesiveness. T cells floating in the CSF were able to reattach to the leptomeninges through steps reminiscent of vascular adhesion in CNS blood vessels, and invade the parenchyma. The molecular/cellular conditions for T-cell reattachment were the same as the requirements for detachment from the leptomeningeal milieu. Our data indicate that the leptomeninges represent a checkpoint at which activated T cells are licensed to enter the CNS parenchyma and non-activated T cells are preferentially released into the CSF, from where they can reach areas of antigen availability and tissue damage. 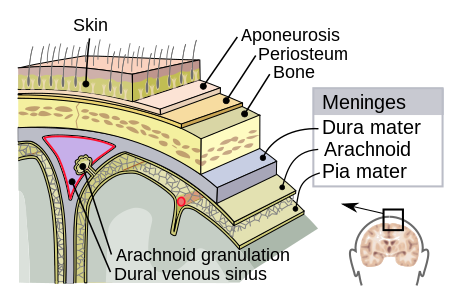 How do cellss enter the CNS, They get licensed. In this study they suggest that cells can go from the meninges into the body of the  CNS, called the parenchyma (par en key ma). Is this the main gateway in but if it is , natalzumab would  have to get into the CSF. When cells are seen in lesions they are often around blood vessels and then itis a short hop into the parenchyma.