How do you get a positive progressive Trial?

Maybe load it with Responders?
You will note that about twice the number of Active PPMSers
were in the Oratoria trial and most of them 90% were drug naive.
In the other trials it was 20-40% of people who had been on DMT if they are still progressing they are likely to be less responsive to DMT. 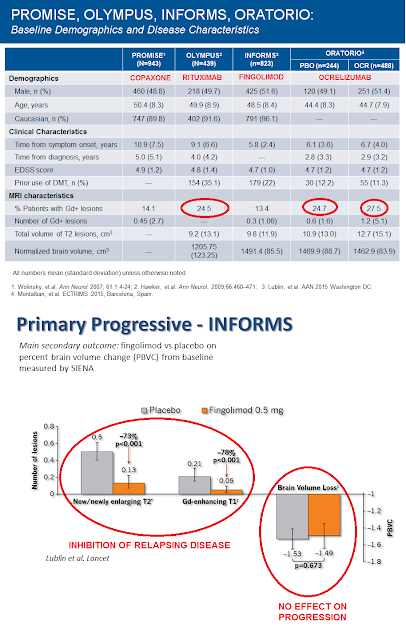