Symptoms of multiple sclerosis during use of combined hormonal contraception.


OBJECTIVE: The incidence and disease course of multiple sclerosis (MS) is influenced by sex steroids, and several studies have shown less disease activity during high estrogen states. We have previously shown variation in symptom experience related to the estrogen/progestogen phase in women using combined hormonal contraceptives (CHC) in a small sample. The aim of this study was to confirm these results in a larger sample.


STUDY DESIGN: Self-assessment of symptoms of MS in relation to CHC cycle by 22 female MS patients. A symptom diary based on a validated instrument for cyclical symptoms was used. Mean symptom scores for high and low estrogen/progestogen phases were compared.


RESULTS: The women scored four out of ten symptoms significantly higher during the pill-free week than during the CHC phase (p<.05).


CONCLUSION: Women with MS report more pronounced symptoms during the pill-free, low-estrogen/progestogen phase of CHC use. Future studies should investigate, with a prospective, controlled design, the effects that continuous-use regimens of CHC have in women with MS.


OBJECTIVE: To determine whether contemporary hormonal contraceptives (HC) use increases the risk of MS


BACKGROUND: Whether use of contemporary HCs contributes to the rising incidence of multiple sclerosis (MS) in women is unclear.


DESIGN/METHODS: We conducted a population-based nested case-control study from the membership of Kaiser Permanente Southern California (KPSC). We identified females ages 14-48 years with incident MS or it’s precursor-clinically isolated syndrome (CIS) between 2008 and 2011, who had at least 3 years of continuous membership prior to symptom onset. Ten controls per case were matched on age, race/ethnicity and membership characteristics. Data were obtained from the complete electronic health record and analyzed using conditional logistic regression, adjusted for smoking and live births 3 yrs prior to symptom onset.


RESULTS: We identified 305 incident female cases with MS/CIS and 3050 matched-controls. 29.2% of cases and 23.5% of controls had used a HC for at least 3 months within the 3 years prior to symptom onset. The majority used estrogen/progestin combination preparations. Women that used any hormonal contraceptive in the 3 years prior to symptoms onset, and particularly those that had stopped at least 1 month prior to symptom onset, had a slightly increased risk of MS/CIS (ever-users adjusted OR=1.35, 95%CI=1.01-1.80, p=0.04; not current users adjusted OR=1.50, 95%CI=1.05-2.14, p=0.026).


CONCLUSIONS: Our findings suggest that use of modern hormonal contraceptives may be contributing at least in part to the rise in incidence of MS in women. 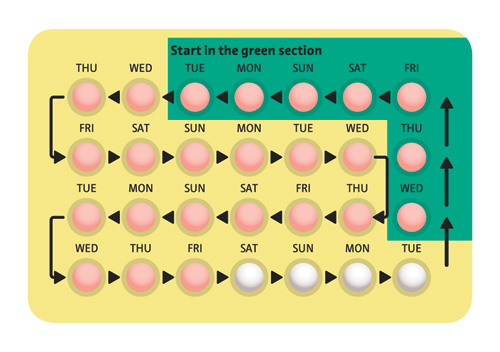 Following on from my last weeks post on improving your MS outcomes by tackling obesity, one topic which as a woman I feel requires further exploration is the non-contraceptive effect of the pill on MS. To say the least, the evidence is conflicting.
The oestrogen used in contraceptive pills is 100-500x more potent than what is naturally produced by our ovaries. Therefore, the effects of oestrogen will be more evident in the combined pill.
Studies have reported lower incidence of MS in those on the combined pill than non-users, whilst women using the pill after diagnosis had a more benign disease course than those who did not. Along the same lines, age of onset of MS symptoms is pushed back following use (onset of 31 years versus 33 years who used contraception), and the years increased based on the duration of intake (24 years old with less than an year of use versus 31 years with more than 10 years use). Above, the first abstract, is a more prospective assessment of MS symptoms on the pill and they found that women on the pill had greater symptoms during the low-oestrogen phase (i.e. over the pill free days 22-28); including vertigo, weakness, urinary symptoms, stiffness and numbness.


Then there is the opposite, the second abstract hints at increased risk of MS/CIS in women who have been on the pill; amounting to roughly 35% even after adjusting for smoking and pregnancy. This increases to 50% in those who stopped 1 month prior to first symptoms. In a follow up study Annette Langer-Gould found that products containing levonogesterol increased the risk by an odds ratio of 1.75 (95% CI 1.29-2.37), while those containing norethindrone increased the risk by an odds of 1.57 (95% CI 1.16-2.12). But it can be argued that in absolute numbers the risk doesn’t amount to much owing to the rarity of the disease. In another study from Belgium, involving 973 women with MS, in a subgroup who were progressive onset, oral contraceptive use was associated with a higher risk of reaching EDSS 6 (i.e. the requirement for a walking stick).


This ambiguity over the unknown effects of oral contraceptives will therefore mean that there will be hesitation from prescribers in women with MS than without.