We get chastised for not giving our work a good working over, so in this case we will leave it to the editorial (who are often the reviewers of the paper), to have their say… I will try and paraphrase 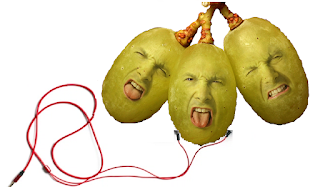 In The Lancet Neurology, Rhian Raftopoulos and colleagues report findings from a randomised, placebo-controlled, phase 2 study investigating the potentially neuroprotective effects of sodium-channel blockade with the antiepileptic drug phenytoin in acute optic neuritis.

Outcomes are a bit rubbish
“Although these findings were interpreted as showing a potentially neuroprotective effect of phenytoin in patients with acute optic neuritis, the absence of regular, early outcome assessments (eg, 1–2 months after initiation of treatment), particularly with OCT, makes interpretation of the results difficult”.
“Additionally, although commendable in a study of this type, the sample size is small, and the groups were clearly skewed at baseline with respect to mean RNFL thickness in the affected eye and low-contrast visual acuity; however, even large trials have to adjust for baseline discrepancies, which inevitably occur with so many variables to account for”.
Do different analysis
“One plausible explanation of the trial findings is that the true baseline RNFL thickness in affected eyes could have been higher in the phenytoin group than in the placebo group, which could account for the seemingly lower reductions in RNFL thickness at 6 months in the phenytoin group, giving the false impression of a treatment effect”
Experimental design could have been better
“Regular OCT measures between baseline and 6 months could also have helped to exclude a primarily anti-inflammatory effect by assessing resolution of RNFL swelling and possible optic nerve inflammation”
Results are a bit crap
Since a primary mechanism of RNFL loss in acute optic neuritis involves inflammatory axonal transection, an early, potent anti-inflammatory effect could lead to more rapid resolution of axonal swelling and secondary protection of neurons……..Macular-derived measures have been shown to be less sensitive to oedema, and therefore could be better measures of treatment effects than RNFL because there would be no need to rely on unaffected eyes for comparison. However, the difference (absolute change) in macular volume in affected eyes at 6 months compared with baseline between phenytoin and placebo was only 0·10 mm3, suggesting no treatment effect.
The absence of effect on low-contrast visual acuity and visual evoked potentials could be a result of the insensitivity of these measures to change
For these reasons, a conclusion of meaningful neuroprotection in this study has to be interpreted with caution.
If we had done this we would have done this differently.
measures of ganglion cell plus inner plexiform (GCIP) layer thickness…. has better reproducibility and structure–function associations than RNFL thickness….. mitigates the need for statistical corrections involving the unaffected eye in acute optic neuritis studies, and might be more sensitive at detecting neuroprotection [see my references on the method]
We’ll give you something but not much….. we could have done better:-)
Although the results of this study are a major advancement and undeniably encouraging, future studies need to include more frequent OCT sampling, as well as more detailed OCT-segmentation-derived retinal measures.
In short sounds like 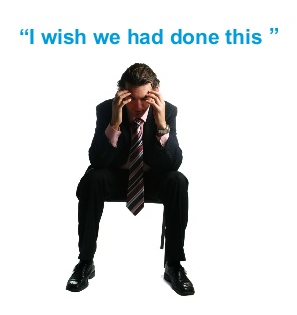 So nice and upbeat then, but do you get a study off the ground or talk about it?. Maybe we can look forward to authors repeating this work and then the study will have utility, so that  when they get optic neuritis they get a sodium channel blocker and the attack does less damage to their optic nerve and less vison impairment in the future. In preclinical tesing phentoin was one of the weaker neuroproctives, oxcarbamazepine was much more effective.


One thing I am realising about trials, is the more you try to do in a trial, the harder is it to recruit to them. So it is all well and good to say I want to do this,  that and the other, but you have to remember that you have to get people willing to give up their time for these things and they may not want to arrange their lives to suit your trial. Is it better to do the study that allows you to move forward or sit in your armchair and procrastinate?. Dr Kapoor and the guys from Sheffield did an amazing in recruting people so quickly into the study.


We will soon hear what happened when amiloride was tested in optic neuritis. I wonder what their trial design was? One thing we do know, was that recruitment was up to a month after optic neuritis and we will have to see if this works. The biology suggests that it should, but for some many most of the damage is done a month after onset. We shall see. Let’s be glass half full as we dont want to be always being accused of being Statler and Waldorf:-).