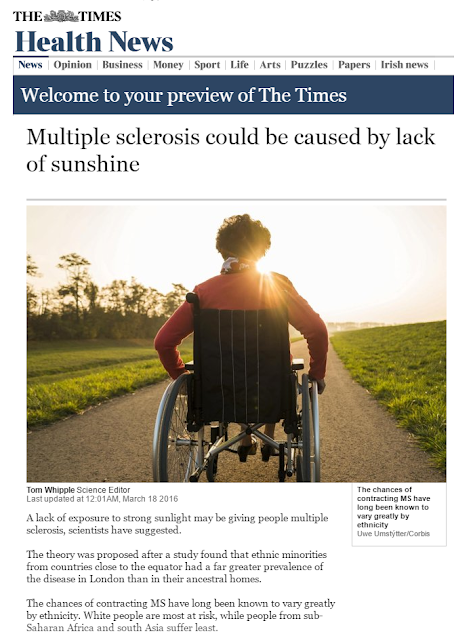 Last week TeamG was in the news….well to be Precise DrK and the students.

They had come to the conclusion that enviroment rather than genes were particularly important and within a generation, immigrants into the UK with black skin had acquired a high risk of MS such that MS was as common in black females as it was common in white males in East  London.

I knew it was covered in “The Times”-Newspaper but I had not seen it. So when I saw the title it seems like the journalist who wrote the piece must have (been a 40watter:-) and) had a epiphany and wrote MS may have something to do with sunlight. Whilst this may have got the juices going in the average readership….I suspect you were all saying, as I was….. “NSS”. Yawn is this a news worthy angle?

Hope they have more insight into Brexit and their view is contempary, otherwise they will be harping on about the British Empire:-)