“The three cases below of MSers with brainstem lesions and evidence of varicella-zoster virus (VZV or chicken-pox virus) reaction in their CSF is interesting. We have to assume the diagnostic results are real and not false-positives. Believe it or not that when using very sensitive tests such as PCR you frequently get false-positive results. Could it be that the acute MS activity reactivated the virus that typically lies dormant in sensory neurones? Or could reactivation of the virus have triggered the MS to become active?”


“Anecdotally, I have looked after a few patients who have had a strong temporal relationship between herpes virus reactivation and relapse. Two of these patients noticed a major reduction in their relapses when they were put onto long term antiviral drugs by their virologists. Interestingly, their relapses were stereotypical suggestive of a MS lesion been reactivated at the same site in the spinal cord. The latter may therefore have simply been a pseudorelapse due to conduction block in a demyelinated pathway rather than a true relapse. This is why it is so hard to do research in this area; sorting out pseudorelapses from true relapses is not easy.” 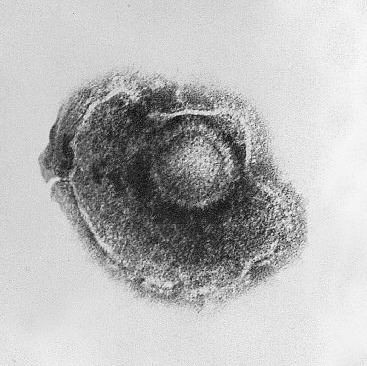 
We describe three cases of patients with concomitant acute medullary or brainstem multiple sclerosis (MS) lesions and detectable spinal fluid varicella-zoster virus DNA. Herpes simplex virus PCR was also positive in two of the patients. One patient was re-punctured 2 weeks following the relapse, with negative results. The PCR findings greatly delayed correct diagnosis and treatment in all three patients. Based on our cases, we propose that inflammatory medullary and brainstem lesions could result in viral leakage, and possibly viral reactivation, from destroyed sensory neurons, yielding false-positive cerebrospinal fluid PCR results. As this can have diagnostic and therapeutic consequences, further studies are warranted to evaluate the clinical relevance of these findings.