It was nothing to do with potatoes as shown in the advert above.
but a Journey of Discovery that started with an unlikely observation
in a Beetle (Cow pea weevil) and ended in MS. 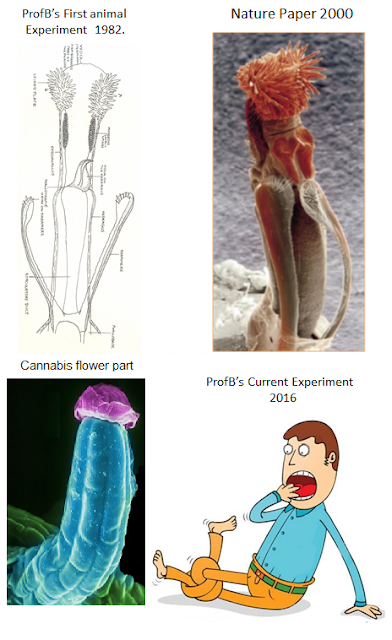 ProfB presented the group’s lastest findings in MS to a public audience. He asked for no tweets, as he revealed our way to potentially control spasticity (So what happened in Clerkenwell, stays in Clerkenwell (area in central London). There was no filming). Maybe you will get this at the research day or you will have to wait until it is published).

The UK government has been pressing for open-ness about animal research and QMUL have signed up to this.

Therefore, they want us to talk about our Animal work and the pint for Science was an opportunity to do this. The Blog is also another conduit, so sad to say we not going to be a completely animal-free zone.

However, if you want such papers discussed then pop them into comments as a suggestion of “What do you think of this?  We may then have a look and post

However, few people will go in public to talk about animal studies, in case there is a militant animal rights protester in the audience.

This harks back to the bad-old days of harassment and life-threatening actions by a few sad individuals (In the USA exchange “abortion” for “animal-rights” activists to get the gist). The UK Government have been clamping down on the activities of the militants, but it is still easier not to put your head above the parapet, as we are being watched;-)

However, as basic research is an important part of the drug discovery process for MS, it is important that people understand some of the issues relating to animals work as it relates to MS and how animals are part of the drug development process. It also  indicates why such research can be very expensive. 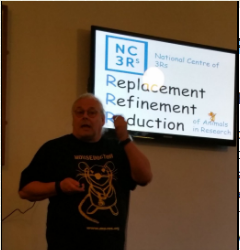 The National Centre for the 3Rs of Animals in Research sponsored the session and specifically asked to talk about the beasties.

As you can see. The talk was given by an electrically powered (see the cable:-) ProfB robot look alike, just in case there were any nutters there. There weren’t and the audience was lovely. 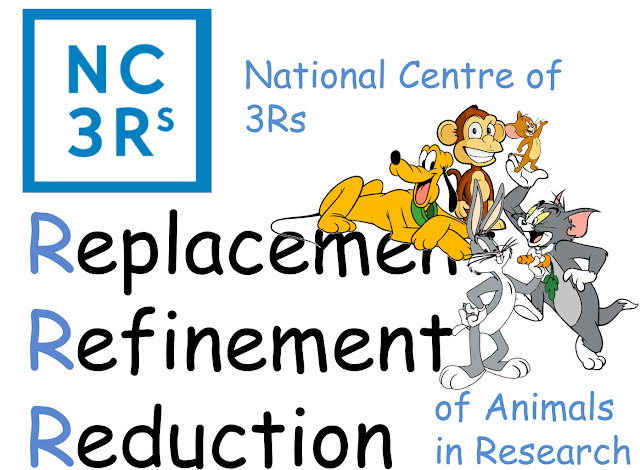 Adoption of the principle of refining experiments to maximise knowledge creation and reduce animal suffering such that you reduce the numbers of animals used and where possible you should strive to replace the use of animals with non-sentient or in silico alternatives is at the heart of the 3Rs.

This is part of European Legislation on Animal use. However this seems at odds in the way that Animal Science has been moving, notably from our chums in the US.

Masterchef (UK) is a cooking
contest, where the people strive for Michelin-starred delivery of food. Time
and time again, we see the contestants take the same ingredient and cook it
“3-ways”.  e.g cook the breast, make the leg meat into a meatball, and a jus from the liver , etc. etc, This approach can create wonderful looking and tasting puds and
dishes, but it appears this is the way that experimental work is going.

So to get “Nature/Science-starred”
research papers there is an increasing tendency to do the experiment “3-ways”.  So you do the experiment in three/multiple different MS models or go after
the same target and select multiple ways to hit the same thing. So much work that you can’t argue against it.


So costly that most people can’t repeat it:-(.


However, doing this is, is surely blowing
the concept of 3Rs out of the water?

I guess people will say that by
getting the “right” answer then the extra animal use can be justified, but is it the right answer?
What happens in human is probably the critical point.


However, such an experimental approach, leading to experimental design by numbers :-(, is becoming prescriptive and grant and paper referees are asking for the same experiment to be done using different models.

Do you have to go with the flow or simply sink?