High dose immunosuppression followed by autologous haematopoietic stem cell transplantation (AHSCT) induces prolonged clinical remission inmultiple sclerosis (MS) patients. However, how patient immune profiles are associated with clinical outcomes has not yet been completely elucidated. In this study, 37 MS patients were assessed for neurological outcomes, thymic function and long-term immune reconstitution after AHSCT. Patients were followed for a mean (SD) of 68.5 (13.9) months post-transplantation and were retrospectively clustered into progression- and non-progression groups, based on Expanded Disease Status Scale (EDSS) outcomes at last visit. After AHSCT, both patient groups presented increased regulatory T-cell subset counts, early expansion of central- and effector-memory CD8+T-cells and late thymic reactivation. However, the non-progression group presented early expansion of PD-1-expressing CD8+T-cells. Here, we suggest that along with increased numbers of regulatory T-cell subsets, PD-1 inhibitory signaling is one possible immunoregulatory mechanism by which AHSCT restores immune tolerance in MS patients. 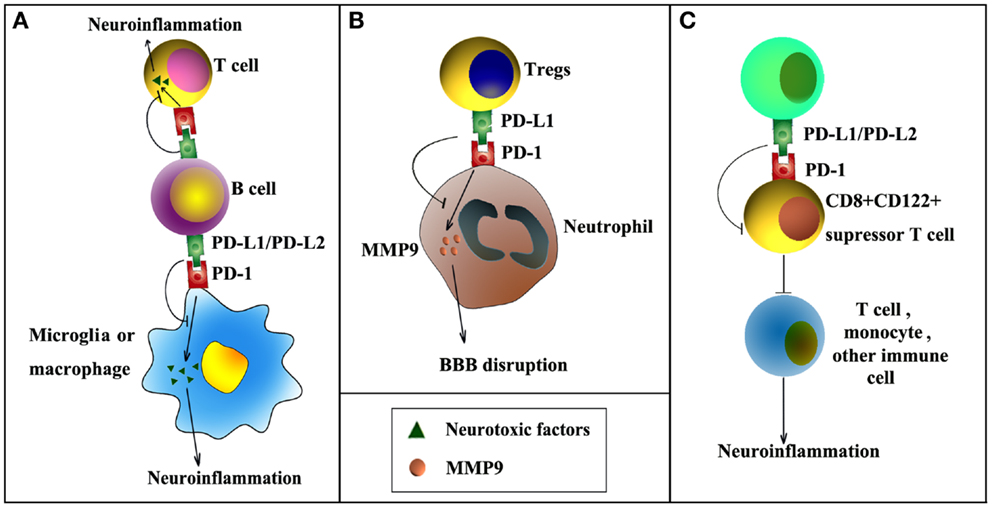 What drives MS, what controls MS?. One thing that is increasingly clear is that myoablative haematopeoitic stem cell therapy is very effective at controlling relapsing MS and it is clear that relapsing MS is a product of the immune system enetering the CNS.

This week, I saw the data from the HALT-MS study presented (BEAM myoablation  followed by HSCT) and is high efficacy, and the way the immune system reconstituted was reported to. The authors said they would do a “guest post” on this.

However this is another study looking at immune reconstitution after the transplant. The first wave of reconstitution is the innate system and the neutrophil which has to get you some protection from infection, but which lmymphocytes appear and how does this relate to disease activity. With Alemtuzmab long-term depletion of CD4 and CD8 depletion and transient CD19 B cell depletion is associated with a good outcome for MS, not secondary B cell autoimmunities:-(

In this study CD8 and T regulatory subsets rapidly appear, is this due to regulation or in response to viruses that lurk in our environments?, However there was a population of CD8 cells enriched in those that didnot reactivate their disease and the expressed PD-1. Programmed cell death protein 1, also known as CD279 is a cell surface receptor that binds two molecules, PD-L1 and PD-L2.

PD-1, plays an important role in down regulating the immune system

by preventing the activation of T-cells, which in turn reduces autoimmuity and promotes self-tolerance. The inhibitory effect of PD-1 is accomplished through a dual mechanism of promoting apoptosis (programmed cell death) in antigen antigen specific T-cells, while simultaneously reducing death in regulatory T cells.