Identification of galectin-3 as a possible antibody target for secondary progressive multiple sclerosis.

Recent studies have revealed that the disruption of the blood-brain barrier (BBB) might contribute to the induction of neurodegeneration in the progressive stage of multiple sclerosis (MS).

We investigated a potential target for the serum auto-antibodies responsible for the BBB impairment in patients with secondary progressive MS (SPMS).

We identified undetermined target antigens in human brain microvascular endothelial cells (BMECs) that reacted with auto-antibodies in sera from SPMS patients using a proteomic approach. In addition, we examined how the identified auto-antibodies compromise the BBB integrity.

We found that 10 of 11 SPMS sera had auto-antibodies against galectin-3, although the patients with other neurological diseases did not have these antibodies. Downregulation of galectin-3 led to elevated intercellular adhesion molecule-1 (ICAM-1) and phospho-nuclear factor-kappa (NFκ) B p65 expression in the BMECs. Exposure to SPMS patients’ sera also increased the protein levels of ICAM-1 and phospho-NFκB p65 in BMECs, but these effects induced by anti-galectin-3 immunoreactivity were canceled by the downregulation of galectin-3.

Galectin-3 is a possible immunological target molecule of the pathogenic auto-antibodies and contributes to the persistent BBB breakdown in patients with SPMS. These antibodies may also serve as a novel biomarker for SPMS. 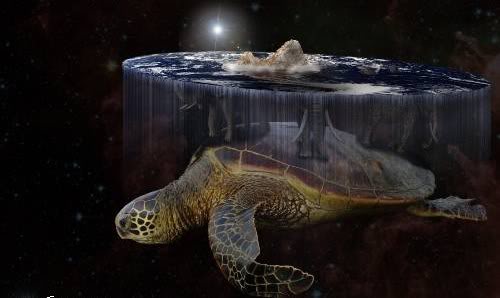 Discworld (by Terry Pratchett 1948-2015); a large disc resting on the backs of four huge elephants, who in turn are standing on the back of an enormous turtle, the Great A’Tuin.

When it comes to understanding MS there are the known truths, the uncertain truths and the unknown truths – in the Discworld novel Terry Pratchett writes “Nothing has to be true forever. Just for long enough.” Therefore, the race to link the dots is an ever consuming appetite in MS research; at the drop of a hat science shifts these truths, ideas become common knowledge and hypotheses, a reality.

In their previous work, the authors demonstrated that antibodies found in the blood of MS subjects leads to a disruption in the barrier that exists between the blood and the brain itself (called the blood brain barrier), as well as increasing the expression of VCAM-1 in the blood vessels; which aids the adhesion of immune cells and their subsequent transfer into the brain (Shimizu F et al. Sera from remitting and secondary progressive multiple sclerosis patients disrupt the blood brain barrier. PLoS ONE 2014; 9:e9872). In this work they report on a novel target (galectin-3) for these antibodies, which may be responsible for disruption in the BBB in those with SPMS (present in 10 of 11 SPMS subjects).  They also demonstrate that removal of these antibodies from the MS blood samples, decreased its effect in up regulating ICAM-1. Therefore, it’s possible that anti-galectin-3 antibodies may be responsible for the persistence of BBB damage in SPMS. Of course, the work needs to be replicated in a larger group.

Why is this work interesting and why even blog on it? These and other lines of evidence point to the concept of persistent inflammation in SPMS, including BBB disruption. Immunomodulatory therapies, therefore if used appropriately should get into the brain. This may well be the biggest unknown truth in SPMS land, and now an uncertain truth.