Performing a therapeutic switch in MS is still a matter of debate. Objective of our study is to compare switching to another first-line therapy with switching to a second-line therapy in persons with relapsing-remitting multiple sclerosis (pwRRMS). A retrospective analysis of data prospectively collected was performed. PwRRMS experiencing on-treatment disease activity were included. No clinical relapse, no sustained disability progression by the Expanded Disability Status Scale (EDSS), and no radiological activity (new T2 and/or gadolinium-enhanced brain lesions) were used as indicators of no disease activity (NEDA 3). Time to reach the first relapse after switch and time to reach an EDSS of 4.0 were also evaluated. Ninety-one pwRRMS were enrolled. Forty-eight (52.7 %) were on lateral switch, and 43 (47.3 %) on escalation switch. At baseline, the two groups differed for T2 and T1 brain lesions number (higher in the escalation group, p < 0.005). The proportion of pwRRMS who were NEDA 3 after 24 months from the switch was similar in the two groups (20.8 % in lateral group and 18.6 % in escalation group). No difference in timing to reach the first relapse after switch and an EDSS of 4.0 were found. Therefore, in selected pwRRMS, lateral and escalation strategies showed similar efficacy in delaying MS progression. 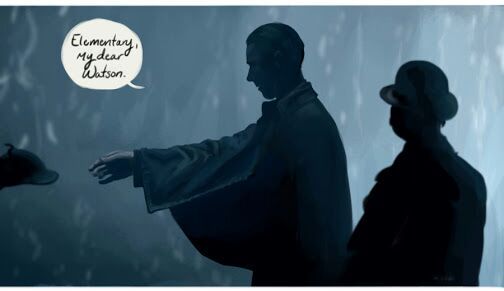 Few know that  Arthur Conan Doyle’s famous detective Sherlock Holmes didn’t in fact utter “Elementary, my dear Watson” in any of the original 56 short stories or 4 novels in which he stars. We assume, as it’s well known, then it must be true. Rarely do we test ourselves or pay credence to the lack of supporting evidence. Issac Asimov once said that “Your assumptions are your windows on the world. Scrub them off every once in a while, or the light won’t come in“. We assume that escalation treatment is more effective than simply a lateral switch to another equally effective treatment. But this article tells us that evidence, at least with regard to this, may not be wholly on our side.

The predominant practice is to escalate treatments in those who fail first-line treatments – i.e. the injectables interferons (IFN) and glatiramer acetate (GA), and oral therapies teriflunomide (TF) and dimethyl fumarate (DMF). The evidence presented in this article originates from a single center only, non-randomized (i.e. not allocated to treatment based on chance alone), but prospectively collected evidence. The study spans 7 years (2005-2012), and therefore will not have data on alemtuzumab or ocrelizumab. However, it would appear that performing a lateral or an escalation switch in RRMS led to similar efficacy in outcomes (relapse activity, MRI activity, EDSS progression, and NEDA – no evidence of disease activity) over 24 months (see Figure 1 below).

As this was not a random allocation, it did mean that those who switched to the escalation treatment had more MRI disease activity (T1 and T2 lesions), which influenced the clinicians to offer more aggressive treatments. Therefore, what this data tells me is that it may be reasonable to perform a lateral switch in RRMS in those experiencing tolerability, adherence or safety issues, it doesn’t however, tell me whether lateral switch is on par with escalation treatment when it comes to treatment failure! Worryingly, this real life evidence also points to more MRI activity by 24 months relative to 12 months independent of the type of switch (the relative size of the whole study is under 100, so this needs to be looked at in more larger groups).

In light of this work, the RRMS treatment algorithm is thrown into further doubt. This touches on another dilemma which is NEDA or the treat early approach. Evidence from clinical trails and real-world studies do not address these questions clearly. The difficulty is that we don’t what is appropriate for the individual patient; taking into account each drugs risk-benefit profile, as well as compliance to treatment which can also greatly skew the evidence. STAMPEDE (Cancer Research UK) is a systematic trial for evaluating drug efficacy in advanced prostate cancer. It uses a multi-arm (more than one therapy) strategy to evaluate and pursue efficacious treatments – combination by the way, as well as drop treatments which do not work, at the same time as adding arms from newly introduced treatments. We need something like this in MS.