So now it’s official: Merck’s submission to the EMA for marketing authorisation of their oral Cladribine preparation (Cladribine tablets) for treatment of people with relapsing MS has been accepted. The EMA may now take approximately 15 months until a decision is out. 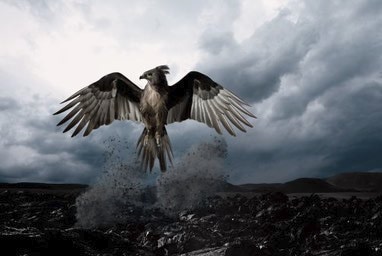 Many of you are aware we have been working hard during the ‘gap years’ Merck took from Cladribine after their first applications to the EMA and FDA were rejected in 2011 to keep the drug on the menu as an option for pwMS given its unique combination in terms of (i) efficacy, (ii) convenience, (iii) safety, and (iv) cost. Whilst there’s little controversy about – but since publication of ORACLE MS a rather significant boost of – (i) + (ii), rest assured there will be much discussion about (iii) + (iv).


The EMA will naturally focus on safety & (confirmation of) efficacy, and yes we take some credit (and hopefully a couple of impact statements in our REF return) should the rapporteur this time around take into account our independent meta-analysis when reviewing the cancer figures. Six years ago the panel included some uncontrolled data to support their claim of an increased cancer risk, which I doubt everybody was and remains happy at the EMA.


We can also expect some further papers finally seeing the light of day that weren’t completed earlier as Cladribine operations at Merck ground to a halt after the rejection in 2011. See ProfG‘s and MouseDoctor’s recent comments for a little preview.


Provided the EMA gives the green light, cost of the drug in the UK will obviously be down to health technology assessment (HTA) by NICE.  No doubt teams at Merck are already beavering away at how to price Cladribine “Tablets” such that it will be acceptable for the NHS. Remember NICE HTA will have to ignore the fact that a subcutaneously injectable version of Cladribine – on which the dosing of Cladribine tablets was designed – is readily available on the shelf, in the UK for £165 per 10mg vial…


Will approval of Cladribine tablets change anything for people with deteriorating (“progressive”) MS?  I’m afraid absolutely nothing, certainly not in the short and intermediate term, other than in a small number of centres that are prepared to use subcutaneous Cladribine off-label. For large scale use, certainly in high cost health care environments, we need more trial evidence than what has been produced in the 90s (for references check here).


Will there be funding for a trial of Cladribine in people with deteriorating MS, the forgotten thousands for whom there is nothing?  Where even Ocrelizumab or the MS-SMART drugs (if successful) may not be used as the trials conducted have not focussed on upper limb function, swallowing, cognition and included people with an EDSS >6.5?


I don’t know, but we have decided to give it go by designing a trial doing exactly that: Including people with an EDSS of 6.5-8.5. Why Cladribine? Because inflammation continues throughout the disease. Cladribine is CNS penetrant, may therefore be able to stop ongoing inflammation and thereby preserve function.


Merck will only invest (will they?) in such a project if Cladribine “tablets” are approved, but are public funders and donors out there prepared to invest now thereby enabling us to take a shortcut instead of twiddling thumbs for 15 months and with uncertain outome?