The aetiology of multiple sclerosis (MS) is still largely unknown and it has been proposed that an impaired venous drainage from the central nervous system, defined as chronic cerebrospinal venous insufficiency (CCSVI), may play a role in this. We investigated the prevalence of extracranial venous drainage pattern alterations in a cohort of MS patients based on the 2011 revised diagnostic criteria for CCSVI. Thirty-nine MS patients and 18 healthy subjects underwent blinded extra-cranial venous echo-color Doppler sonography to reveal the presence of CCSVI. There was no statistically significant difference between MS patients and healthy controls regarding CCSVI prevalence (p value = 0.53). The results challenge the hypothesis that CCSVI plays a primary role in the pathogenesis of MS. 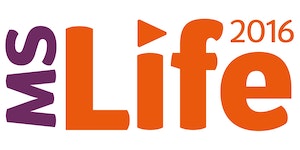 I can’t be bothered to comment on this but I am surprised that we are wasting our time on this old chestnut, as I believe the primary role has been challenged over and over again already.

A few years ago, this was a topic of contention and I got meet a number of supporters outside of Manchesters MS Life 2012. This year this issue has largely become a non-issue and MS life has moved south from the Capital of the North to the Capital of The South. Will there be protests outside..I doubt it.

This year MS Life 2016 is in London at the Excel centre, straight after ECTRIMS London 2016.

So as the Neuros are leaving you can arrive.

Here is the booking form.

Dr Love and the Dutch can’t be there this year, not because of Brexit, but because they are off on holiday, but I’m sure we will be doing Meet the scientists.