Maas RP, Muller-Hansma AH, Esselink RA, Murk JL, Warnke C, Killestein J, Wattjes MP. Drug-associated progressive multifocal leukoencephalopathy: a clinical, radiological, and cerebrospinal fluid analysis of 326 cases.J Neurol. 2016 Jul 11. [Epub ahead of print]The implementation of a variety of immunosuppressive therapies has made drug-associated progressive multifocal leukoencephalopathy (PML) an increasingly prevalent clinical entity. The purpose of this study was to investigate its diagnostic characteristics and to determine whether differences herein exist between the multiple sclerosis (MS), neoplasm (cancer), post-transplantation, and autoimmune disease subgroups. Reports of possible, probable, and definite PML according to the current diagnostic criteria were obtained by a systematic search of PubMed and the Dutch pharmacovigilance database. Demographic, epidemiologic, clinical, radiological, cerebrospinal fluid (CSF), and histopathological features were extracted from each report and differences were compared between the disease categories. In the 326 identified reports, PML onset occurred on average 29.5 months after drug introduction, varying from 14.2 to 37.8 months in the neoplasm and MS subgroups, respectively. The most common overall symptoms were motor weakness (48.6 %), cognitive deficits (43.2 %), dysarthria (26.3 %. Speech problems), and ataxia (24.1 %). The former two also constituted the most prevalent manifestations in each subgroup. Lesions were more often localized supratentorially (87.7 %) than infratentorially (27.4 %), especially in the frontal (64.1 %) and parietal lobes (46.6 %), and revealed enhancement in 27.6 % of cases, particularly in the MS (42.9 %) subgroup. 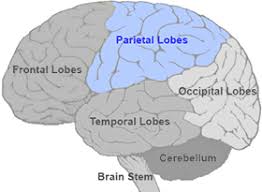 Positive JC virus results in the first CSF sample were obtained in 63.5 %, while conversion after one or more negative outcomes occurred in 13.7 % of cases. 52.2 % of patients died, ranging from 12.0 to 83.3 % (remember these group had cancer) in the MS and neoplasm subgroups, respectively. In conclusion, despite the heterogeneous nature of the underlying diseases, motor weakness and cognitive changes were the two most common manifestations of drug-associated PML in all subgroups. The frontal and parietal lobes invariably constituted the predilection sites of drug-related PML lesions.


PML is similar in people with MS as in immunosuppressed people without MS.