BACKGROUND OBJECTIVE:Attempts to identify a causative agent of Multiple Sclerosis (MS) among environmental viruses have consistently failed suggesting that development of MS is a result from gene-environment interactions. A new pathogenic player within human genes, a human endogenous retrovirus (HERV) was identified from MS cells, named MS-associated retrovirus element (MSRV) and unveiled homologous multicopy HERVs (HERV-W). As independent studies revealed biological features of HERV-W on immune-mediated inflammation and on remyelinating cells, the present study characterized the presence of HERV-W envelope protein (MSRV-Env) at the cellular level, in different MS lesion stages to extend and validate previous studies.
METHODS:Immunohistological analysis of HERV-W envelope cellular expression in different lesion stages from a cohort of MS brains versus controls, using well-characterized and highly specific monoclonal antibodies.
RESULTS:HERV-W envelope protein was detected in all MS brains and quite essentially in lesions. Immunohistochemistry showed dominant expression in macrophages and microglia, coinciding with areas of active demyelination, spread over the active lesions, or limited to the rim of active microglia in chronic active lesions or in few surviving astrocytes of inactive plaques. Weak expression was seen in MS normal appearing white matter. In active plaques, few lymphoid cells and astrocytes were also stained. This HERV-W expression was not observed in control brains.
INTERPRETATION:HERV-W was expressed in demyelinated lesions from MS brains, which were all positive for this endogenous pathogenic protein. Pronounced HERV-W immunoreactivity in active MS lesions was intimately associated with areas of active demyelination throughout the successive stages of lesion evolution in MS brains. Based on its pathogenic potential, this HERV-W (MSRV) endogenous toxin thus appears to be a novel therapeutic target in MS. It also has a unique positioning as an early and lifelong expressed pathogenic agonist, acting upstream the pathways in which dysregulated physiological effectors are usually targeted by present therapeutic strategies for MS. 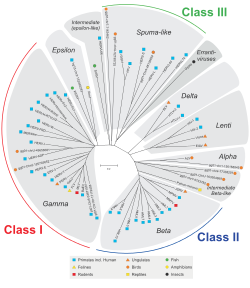 The Charcot Project is still ongoing and this is another approach to MS. Some people are trying to target an Huamn Endogenous (produced inside the body) Retrovirus (goes backwards from RNA to DNA to replicate itself) using anti-HERV Antibodies, in this study Dr Love and Colleagues look for expression in the brain and it was found in MS lesions but not non-MS brains. Here they are detecting viral protein and not the viral particles so it is active so maybe there is mileage in the idea that it is a target. It is present in macrophages is this because they have destroyed the tissue in which it is found. However will antibodies get in the brain to target the HERV