We investigated a patient who developed multiple sclerosis (MS) during treatment with the CTLA4-blocking antibody ipilimumab for metastatic melanoma. Initially he showed subclinical magnetic resonance imaging (MRI) changes (radiologically isolated syndrome). Two courses of ipilimumab were each followed by a clinical episode of MS, 1 of which was accompanied by a massive increase of MRI activity. Brain biopsy confirmed active, T-cell type MS. Quantitative next generation sequencing of T-cell receptor genes revealed distinct oligoclonal CD4+ and CD8+ T-cell repertoires in the primary melanoma and cerebrospinal fluid. Our results pinpoint the coinhibitory molecule CTLA4 as an immunological checkpoint and therapeutic target in MS.

CTLA4 (cytotoxic T-lymphocyte-associated protein 4), also known as CD152 is a protein receptor that, functioning as an immune checkpoint, downregulates immune responses. CTLA4 is constitutively expressed in Tregs but only upregulated in conventional T cells after activation. It acts as an “off” switch when bound to CD80 or CD86 on the surface of antigen-presenting cells.. In this study when CTLA was blocked with an antibody MS flared

They suggest that CTLA4 is an immunological checkpoint in the development of MS, that is, transition from subclinical RIS to CDMS as observed here.. This interpretation is further supported by 2 additional recent case reports.The first report describes a patient with pre-existing multiple sclerosis who had 2 clinical exacerbations and increased MRI activity shortly after initiation of ipilimumab for metastatic melanoma.The second report describes a 76-year-old patient who developed apparently de novo inflammatory CNS demyelination after treatment with ipilimumab for metastatic melanoma A third report describes a patient whose MS seemed to remain stable after treatment with ipilimumab for melanoma, but the tumor did not respond to ipilimumab, and the patient died due to melanoma progression.


However if the CD28 molecule is blocked which is the “on” switch then not much appears to happen in terms of therapy of MS.

Why does it not work in MS when it appears to work in animals?
It is not clear but the T cell activation step may be occurring in the CNS and the infused antibody can’t get into the CNS.


However the antibody may not have to get into the brain in all cases. 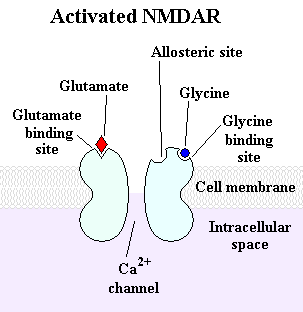