A study of patients with aggressive multiple sclerosis at disease onset.

AOMS patients were identified from a multiple sclerosis (MS) database based on a set of criteria. The subsequent clinical course of AOMS patients was then reviewed with the goal of potentially identifying the best approaches to manage these patients.

Fifty-eight of 783 (7.4%) patients in the MS database met the criteria for AOMS, and 43 patients who had complete data for the duration of their follow-up were included in the subsequent analysis. The mean duration of the follow-up was 54 months. Thirty-five patients (81%) were started on a conventional first-line agent (injectable therapies for MS). Only two of these 35 patients (5.7%) had no evidence of disease activity. Twenty-two of 35 patients suffering from refractory disease were switched to a more aggressive treatment (natalizumab, rituximab, alemtuzumab, cyclophosphamide). Eight patients were started on aggressive treatment as their initial therapy, and seven of these eight (87.5%) patients showed no evidence of disease activity.

With recognition of the crucial significance of early optimal treatment during the potential window of opportunity for best long-term outcomes, we describe AOMS within 1 year of disease onset and discuss possible treatment considerations for these patients. 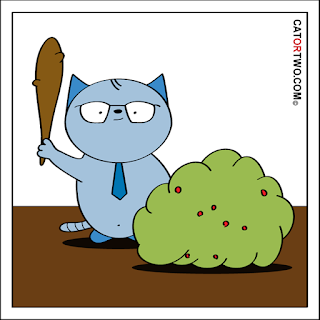 In general terms it’s difficult to predict the course of MS at onset, it’s retrospectively made, but at the same time disastrous if you get it wrong.

Evidence points to roughly 9% of MS being of the aggressive variety and can progress to requiring a walking stick within 5 years of first symptom onset (Gholipour T et al. Demographic and clinical characteristics of malignant multiple sclerosis. Neurology. 2011;76(23):1996–2001). There is then only a small window of opportunity to modify the course of the disease.

Work by Kaunzer et al. just adds to what we already know from previous database studies. They demonstrate that only 6% of those with aggressive disease started on first line treatment (i.e. injectables such as the interferons or glatiramer acetate) have no evidence of disease activity (NEDA). This is compared to 88% who are put on second line treatment (i.e. natalizumab, rituximab, alemtuzumab, cyclophosphamide). Therefore, we are potentially losing valuable time by doing escalation therapy in those with aggressive MS!

So, how do we pick out those who would have a poor long-term outcome? Answer – neurofilament analysis; and how do you prevent poor outcome in aggressive disease? Answer – don’t put them on first-line treatment, but move directly to second line treatment.