Negative interaction between smoking and EBV in the risk of multiple sclerosis: The EnvIMS study

Background: Results from previous studies on a possible interaction between smoking and Epstein–Barr virus (EBV) in the risk of multiple sclerosis (MS) are conflicting.

Objectives: To examine the interaction between smoking and infectious mononucleosis (IM) in the risk of MS.

Methods: Within the case–control study on Environmental Factors In Multiple Sclerosis (EnvIMS), 1904 MS patients and 3694 population-based frequency-matched healthy controls from Norway, Italy, and Sweden reported on prior exposure to smoking and history of IM. We examined the interaction between the two exposures on the additive and multiplicative scale.

Results: Smoking and IM were each found to be associated with an increased MS risk in all three countries, and there was a negative multiplicative interaction between the two exposures in each country separately as well as in the pooled analysis (p  = 0.001). Among those who reported IM, there was no increased risk associated with smoking (odds ratio (OR): 0.95, 95% confidence interval (CI): 0.66–1.37). The direction of the estimated interactions on the additive scale was consistent with a negative interaction in all three countries (relative excess risk due to interaction (RERI): −0.98, 95% CI: −2.05–0.15, p = 0.09).

Conclusion: Our findings indicate competing antagonism, where the two exposures compete to affect the outcome. 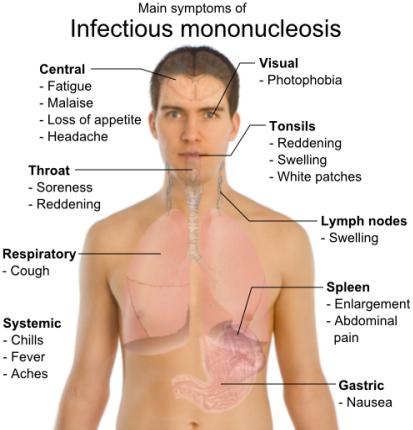 Smoking and EBV (the virus that leads to glandular fever) are reported risk factors for developing MS. What happens if you had both smoked and had glandular fever, is your cumulative risk higher? You would have thought so, but apparently not according to work by Bjornevik et al.

This work matches PwMS with healthy people (case-control study) in Europe (Norway, Italy, Siberia, Sweden) and Canada and whether they smoked or had glandular fever (exposures) in their early life. The problem with this is that it is susceptible to recall bias as people are asked to recall historical information.
Nonetheless,  it is a large study and may filter out these errors.

They report that both risk factors affect the likelihood of developing MS in the absence of the other, but may compete with each other when both are present. For example, the effect estimated for EBV was lower when smoking was also present. This hints at the two exposures having a shared biological pathway in the way they operate in the development of MS. But , it is important to note that one isn’t protective for the others effect, but simply that they may compete with each other (two peas…).