Last week I posted my slides in favour of the motion that pwMS in wheelchairs should be included in DMT trials. You were asking to learn more about the motion against, and my opponent during the ‘burning debate’ at ECTRIMS 2016, Patricia Coyle, kindly agreed to share her slides and some key points of her argument for this Guestpost. 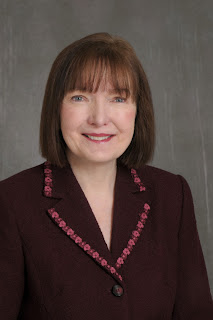 Patricia K. Coyle, MD, FAAN, FANA, is Professor and Vice Chair (Clinical
Affairs) of Neurology, and Director of the Multiple Sclerosis Comprehensive
Care Center at Stony Brook University Medical Center, Stony Brook, New
York.  She received a BS degree with highest honors from Fordham University,
Bronx, New York, and an MD degree from the Johns Hopkins School of Medicine,
where she was elected to Alpha Omega Alpha.  While at the Johns Hopkins
School of Medicine, she completed a residency and chief residency in neurology,
followed by a two-year fellowship in neuroimmunology and neurovirology.
She then went on to establish a successful research laboratory in addition to
building a busy clinical practice at the Stony Brook University Medical
Center.  Dr. Coyle is the author of numerous articles on clinical and
basic research aspects of multiple sclerosis (MS) and neurologic infections and
she is recognized as a leading expert on MS and neurologic infections.
Her areas of expertise include Lyme disease and neurologic infections,
cerebrospinal fluid, therapeutics, and neuroimmunology.  Her research has
been supported by the National Institutes of Health and other
organizations.  She is currently involved in a number of therapeutic
trials testing new immunotherapies for MS, as well as studies addressing
neurologic aspects of Lyme disease.  In addition to her busy clinical and
research careers, she has held active leadership positions in a number of
national and international organizations and academic societies, including the
American Academy of Neurology, American Neurological Association, National MS
Society, and the American Board of Psychiatry and Neurology, and has been a
member of the FDA CNS and PNS Drugs Advisory Panel. She lectures widely on MS
and neurologic infections to national and international audiences.
ECTRIMS ‘burning debate’ pk coyle from Klaus Schmierer