Oligodendrocyte damage is a central event in the pathogenesis of the common neuroinflammatory condition, multiple sclerosis (MS). Where and how oligodendrocyte damage is initiated in MS is not completely understood. Here, we use a combination of light and electron microscopy techniques to provide a dynamic and highly resolved view of oligodendrocyte damage in neuroinflammatory lesions. We show that both in MS and in its animal model structural damage is initiated at the myelin sheaths and only later spreads to the oligodendrocyte cell body. Early myelin damage itself is characterized by the formation of local myelin out-foldings-‘myelinosomes’-, which are surrounded by phagocyte processes and promoted in their formation by anti-myelin antibodies and complement. The presence of myelinosomes in actively demyelinating MS lesions suggests that oligodendrocyte damage follows a similar pattern in the human disease, where targeting demyelination by therapeutic interventions remains a major open challenge. 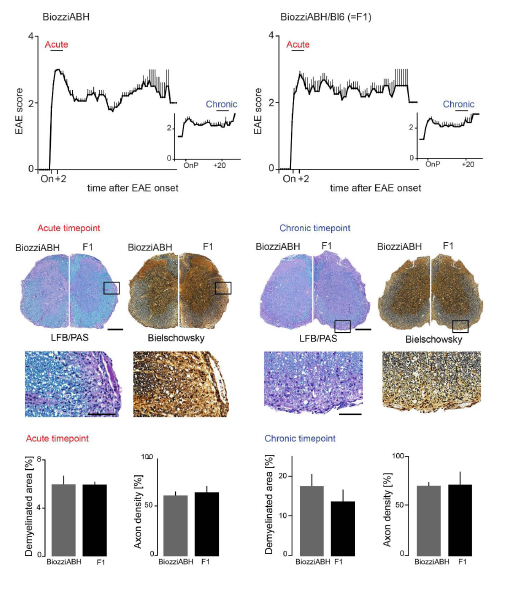 Although demyelination is a defining hallmark of multiple sclerosis (MS) and underlies the chronic impairment of axonal conduction in this disease, the cellular mechanisms of immune-mediated oligodendrocyte damage remain enigmatic

In mouse models of MS:
(1) that the initial site of immune attack appears to be myelin rather than the oligodendrocyte cell body
(2) that one of the early signs of demyelination is the focal formation of bulb-like structures, which they call myelinosomes, that appear on the surface of the myelin sheath and
(3) that formation of such myelinosomes is promoted by anti-myelin antibodies and abrogated by complement depletion, compatible with a model of surface opsonization (making things taste for phagocytic cells) of myelin.


So more evidence that antibodies and B cell products are a part of the problem. If we look in MS lesions it looks like there is a soluble factor doing the damage and then the macrophages come in and finish off the damage.


As a fan of the Biozzi Mouse for over twenty years, my babies are now being used in conjunction with the rubbishy C57BL/6 mouse to create transgenics


Yes I am their Grand daddy and they would not be in existence except for us, and we gave them to commerial breeders and they are available from Envigo in Europe  and there are now stocks at Jackson Labs in USA.


They looked in MS and could find the myelinosomes too.

This is an example of reverse engineering, you find something interesting and see if you can find the same thing in humans…you can read the paper as it is open access so if interested