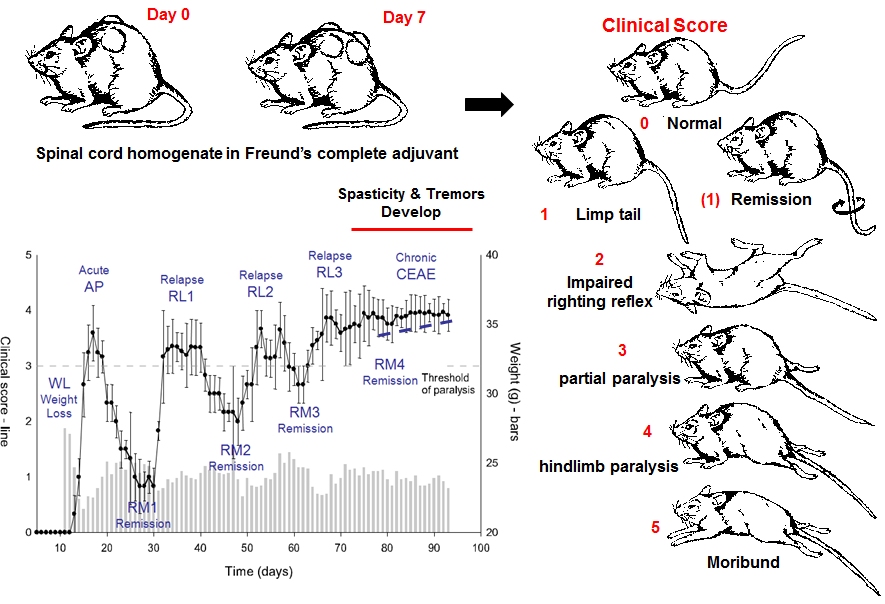 There is a debate ongoing about the value of EAE.

There are now a number of immune modulators and it is going to be increasingly difficult to develop new ones as you are going to have to go head to head against a current DMT.

Do we need more….of course we do.

However, in terms of basic science how much do we need to do in EAE, to understand basic biology when we could probably get the same idea by using a less severe model?

This is the basis of the 3Rs which a central part of EU law when it comes to use of animals in research.

Somebody a couple of days ago extolled the virtue of German ethics but for any piece of work you can take a view in favour or against. I know there are many people reading here who are against..

One could pose the question, how often do we need to re-invent the wheel with new technology to tell us something that we essentially believe we know already?

When a cell sees it target, it can get activated!

It is very clear that most cells that arrive in the CNS, do so not because of their antigen-specificity, this was shown over thirty years ago. We know their

migration markers that they make are important and that is why we have natalizumab and fingolimod.

We know that the previously antigen sensitizied pool is important in EAE induction.

We are spending vast amounts of  time working out where the immune cells go, eg. Lungs spleen brain and out again, but if a cell goes into a tissue it can die and we can make a new one to go elsewhere. Or does it move out of the CNS to live another day?

Two photon microscopy (see education) is a powerful tool in science and there is an argument that can be made that new knowledge is being generated.

The question is where should we draw the line with regard use of animals used in “severe proceedures”.

In the UK the view has increasingly being the furry friends remain friends.

This is a very real question, Do we have a blanket ban? or a blanket its OK?  What do you think?

This is the first paper that could be used to address the point made by one of the commenters…So not selcted for special attention.