Did you know that a camel is actually a horse designed by a committee? #CaseStudy #MSBlog #NeuroSpeak


In response to a small spat that happened amongst two commentators yesterday, I want to stress that the Barts-MS blog is not a general purpose information resource for people with MS. Our brief is to ‘interpret good, bad and other research news’. We do provide information about how we at Barts-MS manage MS, but please note this information may be at odds with advice you have been given, your own MS centre’s practice, or advice from other healthcare professionals. You have to realise that the information provided by the MS charities has to be ‘evidence-based’ and if not evidence-based derived by ‘consensus’. Consensus refers to ‘generally accepted opinion or decision among a group of people’. If you want a consensus opinion this blog is not the place you should come to for guidance. Consensus is typically reached when adoption of a process has reached the late majority, in other words it is behind the peak of the curve. 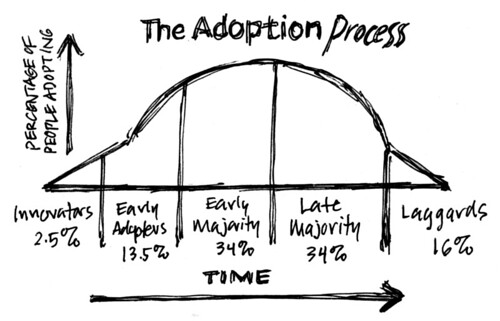 In relation to the debate on low-dose oral methotrexate (LDOM) as a treatment for MS. Our position is that there is class 1 evidence that has shown an effect of LDOM in delaying worsening of upper limb disability in chronic progressive MS over a period of 2-years. Although this trial did not show an effect on lower limb disability it was too short, based on therapeutic lag, to show an effect on mobility. As this is only one study you need to be aware that it could be a false positive result and hence in an ideal world we would want a second study. However, based on this trial a large number of neurologists, particularly in the USA, prescribe LDOM for their patients with more advanced MS. In general, at Barts-MS we don’t use LDOM. We prefer to use off-label cladribine because it has a better safety profile, it is easier to use, their is less monitoring requirements and it has the potential advantage of penetrating the CNS. Cladribine is also supported by a much larger evidence-base from relapsing MS. However, we would only use cladribine in patients with more advanced MS is there was evidence of active disease, i.e. new or enlarging T2 lesions on serial MRI, Gd-enhancing lesions on single current MRI and/or raised spinal fluid neurofilament levels.

So the question remains is what do you think I should do with the following patient? The current consensus view would be watchful waiting until a treatment for PPMS is licensed, and covered by the NHS.

Last week I saw a patient with PPMS (>55 years of age). He has had symptomatic disease ~15 years and is using a stick for outdoor mobility. He has a dropped left foot that gets worse when he is tired and as a result has had several falls. Fortunately, he has had no fractures. Other problems included sexual dysfunction, urinary hesitancy, urgency, urgency incontinence and nocturia, constipation, back pain, restless legs and nocturnal leg spasms, poor sleep, fatigue, low mood and the ubiquitous anxiety about the future. He has previously been part of the fingolimod in PPMS study, but doesn’t feel fingolimod helped. His walking had continue to deteriorate. His latest MRI showed several spinal cord, cerebellar, pontine and brain lesions. There was gross spinal cord and cerebral atrophy. None of the lesions enhanced after the administration of gadolinium (contrast agent), indicating that none of the lesions were active. His recent cerebrospinal fluid analysis showed OCBs and a raised CSF neurofilament light chain level (1050 ng/ml; ~ double the upper limit of normal for his age). What should I do for this patient?

He has been following our blog for years and wanted something active done about his MS. He had read the literature and was keen to have something done about his disease progression. He was dissatisfied with his current neurologist’s attitude who had said there is ‘nothing to be done about your disease at present’. He has taken things into his own hands and had ordered high-dose biotin from a US-based compounding pharmacist, but has not noticed a response. After reading around he is keen to go onto low dose methotrexate; his was particularly concerned about losing arm and hand function and is convinced that our group are right about our length-dependent axonopathy hypothesis.

Should I listen to him and prescribe him off-label methotrexate or not? Should I say no and ask him to wait for ocrelizumab? Please note there is no guarantee that ocrelizumab will be licensed by the EMA for PPMS and not guarantee that it will be green-lighted by NICE. In addition, he is over 55, has an EDSS of 6.0 and no active lesions on MRI; this may be important as I suspect the EMA/NICE will want to define a subgroup of people with PPMS who are more likely to respond to ocrelizumab (for example, young (less than 50/55), less disabled (EDSS <=5.5), with active, or Gd-enhancing, lesions on MRI). Should I put him on a waiting list for upcoming clinical trials?

Introduction and Methods: A randomized, double-blinded, placebo-controlled, clinical trial of low-dose, weekly, oral methotrexate was performed in 60 patients with clinically definite chronic progressive multiple sclerosis (MS) attending a referral-based outpatient MS clinic. Study patients were 21 to 60 years old with a disease duration of longer than 1 year. Patients’ Expanded Disability Status Scale scores were 3.0 to 6.5 (ambulatory with moderate disability). Patients were first stratified by Expanded Disability Status Scale scores, 3.0 to 5.5 and 6.0 to 6.5, and then were randomized to receive methotrexate or placebo treatment. Treatment consisted of weekly, oral, low-dose (7.5 mg) methotrexate or identical placebo for 2 years, followed by observation for as long as 1 year.

Results: A composite outcome measurement instrument was used and consisted of (1) Expanded Disability Status Scale, (2) ambulation index, (3) Box and Block Test, and (4) 9-Hole Peg Test. Failure of therapy was indicated by a designated change that was sustained for more than 2 months in one or more components of this composite measure. Significantly less progression of impairment as measured by validated tests of upper-extremity function was observed in the methotrexate treatment group in the absence of clinically significant toxicity.