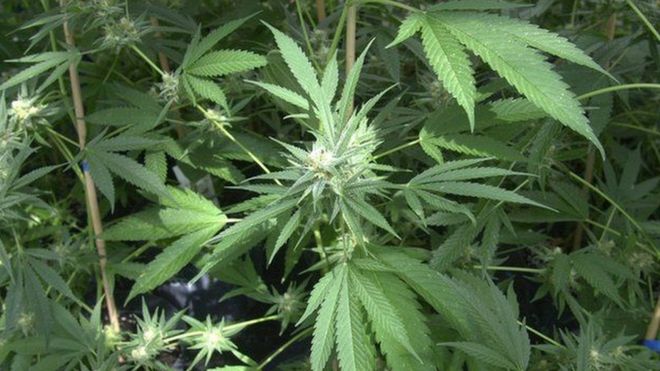 The Dáil (Irish Government) has passed a bill to make cannabis available in Ireland for medicinal use.
The Irish Government had said it would not oppose the legislation.
It aims to legalise and regulate cannabis products used for medical purposes.

Adams AJ, Banister SD, Irizarry L, Trecki J, Schwartz M, Gerona R. Zombie” Outbreak Caused by the Synthetic Cannabinoid AMB-FUBINACA in New York. N Engl J Med. 2017 Jan 19;376(3):235-242. doi: 10.1056/NEJMoa1610300.
Background New psychoactive substances constitute a growing and dynamic class of abused drugs in the United States. On July 12, 2016, a synthetic cannabinoid caused mass intoxication of 33 persons in one New York City neighborhood, in an event described in the popular press as a “zombie” outbreak because of the appearance of the intoxicated persons. Methods We obtained and tested serum, whole blood, and urine samples from 8 patients among the 18 who were transported to local hospitals; we also tested a sample of the herbal “incense” product “AK-47 24 Karat Gold,” which was implicated in the outbreak. Samples were analyzed by means of liquid chromatography-quadrupole time-of-flight mass spectrometry. Results The synthetic cannabinoid methyl 2-(1-(4-fluorobenzyl)-1H-indazole-3-carboxamido)-3-methylbutanoate (AMB-FUBINACA, also known as MMB-FUBINACA or FUB-AMB) was identified in AK-47 24 Karat Gold at a mean (±SD) concentration of 16.0±3.9 mg per gram. The de-esterified acid metabolite was found in the serum or whole blood of all eight patients, with concentrations ranging from 77 to 636 ng per milliliter. Conclusions The potency of the synthetic cannabinoid identified in these analyses is consistent with strong depressant effects that account for the “zombielike” behavior reported in this mass intoxication. AMB-FUBINACA is an example of the emerging class of “ultrapotent” synthetic cannabinoids and poses a public health concern. Collaboration among clinical laboratory staff, health professionals, and law enforcement agencies facilitated the timely identification of the compound and allowed health authorities to take appropriate action.

This reports about the effects of synthetic cannabinoids and how it makes Zombies out of the stoners who try it.

Pfizer not only invented Pfizer-riser but also one of the first to come up with uber-dope. This is synthetic and are miles more potent than cannabis, in this report it the drug is 85 times more potent…These are drugs for light weights, we have used stuff a thousand times more potent, long since destroyed,

The urban legend of the early cannabinoid researcher who tried these on themselves….they were paralysed on the kitchen floor lying in there own Pooh for three days.

My advice to anyone thinking of this…stay well clear.