The other day a patient asked me ‘If I didn’t respond to Fampridine (slow-release 4-aminopyridine) last year will I be able to try again to see if I respond now?’. As we don’t have much experience with Fampridine, apart from a few patients paying for it privately and our trial cohort, I asked a colleague who said ‘yes’; he had seen non-responders become responders a year or so later. Presumably as MS worsens new axons may become responsive. It is reassuring to see below that some pwMS see improvements in responsive over time. The conclusion of the authors’ sums it up: ‘The considerable proportion of patients in whom responsiveness to PR fampridine changed over time emphasises the importance of regular reassessment of drug efficacy in clinical practice to optimise treatment. Such reassessments seem to be particularly important in patients with poor initial drug responses, as this group demonstrated enhanced responsiveness after long-term treatment’.

The question that I still have is how does fampridine really work; some argue it may be neuroprotective and others, including myself, still worry that it may hasten axonal loss by the ‘whipping a dead-horse’ analogy. Some of the surviving axons may be overworked by fampridine, which may increase their chances of degenerating. If you don’t know the answer then it is time to do a study. Who has patients and the time to do a pre- and post-fampridine CSF study of neurofilament light (NFL) levels. If fampridine causes the CSF NFL levels to drop significantly it is neuroprotective. If on the other hand fampridine causes the NFL levels to rise then it is hastening neurodegeneration. If there are any groups out there who want to do the study we can collaborate with you by doing the lab work and we could help you with power calculations for the study. 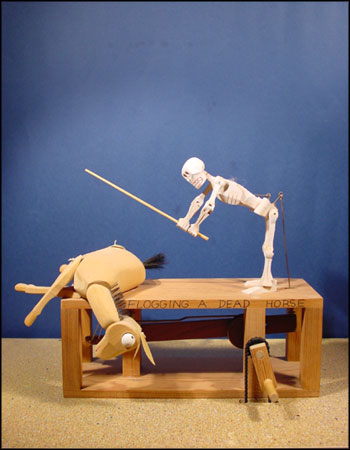 OBJECTIVE: To expand upon the limited knowledge of the long-term effects of prolonged-release (PR) fampridine in patients with multiple sclerosis (PwMS) regarding safety, walking improvements, and changes in drug responsiveness.

CONCLUSIONS: Efficacy and tolerability data confirmed PR fampridine as a valuable long-term treatment for improving ambulatory function in gait-impaired PwMS. Similar results in open-label and double-blind phases reveal that the walking tests used are objective and reliable. The considerable proportion of patients in whom responsiveness to PR fampridine changed over time emphasizes the importance of regular reassessment of drug efficacy in clinical practice to optimize treatment. Such reassessments seem to be particularly important in patients with poor initial drug responses, as this group demonstrated enhanced responsiveness after long-term treatment.